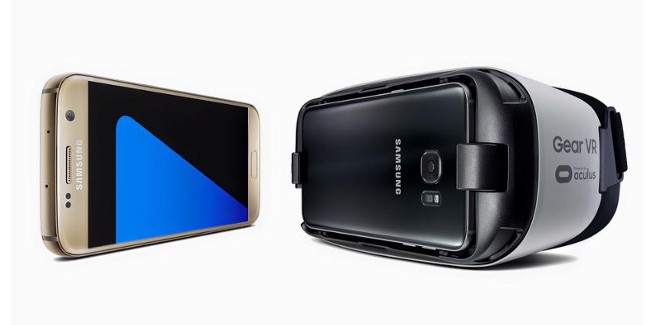 Today, Samsung unveiled the Galaxy S7 and S7 Edge at the Mobile World Congress in Barcelona and announced that the Gear VR headset, powered by Oculus, will come bundled for free with pre-orders of its new flagship smartphone.

According to an official Oculus blog post, the bundle will also include six “made-for-VR” games as an added bonus. The specifics games in the bundle will vary by phone carrier, but Oculus says hit titles like EVE: Gunjack, Land’s End, and Anshar Wars 2 will be offered. Together with the Gear VR this “limited time” promotional offer is valued at around $150 and is a pretty good deal that will surely entice many people to experience VR for the first time.

While Samsung’s latest generation of the Galaxy S smartphones may look similar to last year’s model, the company says they have made a number of significant improvements to its new smartphone—which should enhance the overall performance for a better mobile VR experience.

Pre-orders for the new Galaxy S7 and S7 Edge phones bundled with a free Gear VR headset and six games will begin on February 23rd and through March 18th, ahead of shipments starting on March 11th.

Mark Zuckerberg Talks About the Future VR and 360-Degree Video