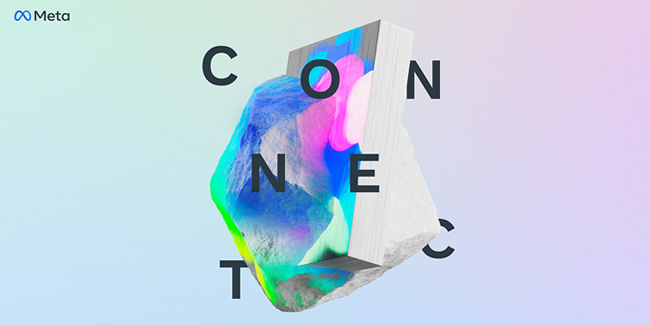 As with last year’s Connect, the one-day event will be virtual, and all the keynotes and developer sessions will be streamed live on the Reality Labs Facebook page starting at 10am PST / 1pm EST. For now, there are no other official details available; however, the Meta Connect website says more information about the line-up of speakers and scheduled sessions for this year’s event are “coming soon.”

“Now in its ninth year, Connect brings together AR/VR developers, creators, marketers, and more to celebrate the industry and its growth, while also exploring what it will take to bring the metaverse to life,” the company wrote in an official blog post. “We’ll kick things off with a can’t-miss keynote including leaders in the AR, VR, and XR space, followed by on-demand developer breakout sessions.”

Meta CEO Mark Zuckerberg shared the news in his Facebook post, along with a photo of himself wearing what appears to be the company’s next high-end headset, codenamed ‘Project Cambria’, which some say could officially be called the Meta Quest Pro. During an appearance on The Joe Rogan Experience podcast last month, Zuckerberg confirmed that the upcoming launch of the new standalone headset would be available for purchase this October.

According to Zuckerberg, the headset will feature built-in eye and facial tracking capabilities, colored passthrough technology enabling both augmented and mixed reality experiences, and is said to have a much higher-resolution screen than currently included on the Quest 2. It’s also reportedly expected to cost “significantly higher” than $800.

Be sure to mark your calendars and sign up for the latest updates at metaconnect.com for any upcoming live stream.

It’s Not Goodbye, It’s See You Around…