It's Not Goodbye, It's See You Around... 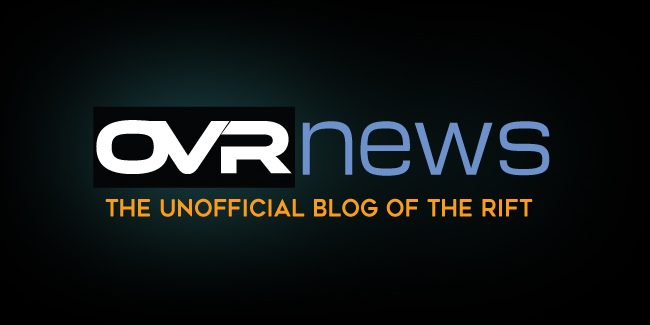 After nearly nine years and over 850 blog posts, I decided to essentially end my Oculus VR news site by putting the blog on hold indefinitely. I assure you this was not an easy decision to make, but as the old saying goes, ‘all good things must come to an end.’

In 2013, I started this fan-based blog site after being inspired by what appeared to be a glimpse into an immersive future that began to unfold with the re-emergence of virtual reality technology as an exciting new medium. I was fascinated by what the founders and original pioneers at Oculus had accomplished with the success of their early Kickstarter campaign and the vision they set forth for the Oculus Rift VR headset, which promised a virtual reality experience unlike any other at the time. For Oculus, it was a wildly ambitious plan to revive an entire industry where, for decades, so many others had failed before. Nonetheless, it was that sense of excitement and enthusiasm from developers and early adopters who had experienced first-hand Oculus’ prototype headset that was so contagious, leading many, including myself, to believe that perhaps this time things were different—and they were right. Finally, the hype around VR that everyone had waited for was indeed real!

For those who may remember, OVRnews.com was initially launched under the domain name OculusVRnews.com but was later changed in 2016 to a more simplified abbreviation of the brand to avoid any potential trademark issues.

Over the last nine years, we’ve seen Oculus go (no pun intended) from being a small startup to becoming an industry juggernaut after Meta, formerly Facebook, acquired the company back in 2014 for $2 billion. Since then, the speed at which VR development and advances in immersive technology have accelerated year after year has been immensely significant in bridging the gap between virtual reality and real-world mainstream adoption far closer than ever before.

I’ve had the privilege of creating this site for all things Oculus, which has allowed me to take part in and contribute to this ever-growing VR/XR community. It enabled me to deeply explore my imagination and expand my understanding of an immersive, interconnected future behind a technology many believe to be the next paradigm shift in computing.

This site, in many ways, provided me with a sense of purpose and connection with the VR/XR community. It kept me sharp and constantly drove me to seek knowledge from other reputable industry sources on the latest VR/XR trends and hardware/software developments, which, in turn, helped me strive to keep my readers/network informed on the latest updates in the world of Oculus news. Through this, I have learned a lot and have always valued the thought of knowing that others out there may find the site’s content to be both insightful and informative. OVRnews.com was my gateway to connect with the VR/XR community, and, in a way, it allowed me to feel as though I am part of an industry that I believe will transform the way people work, learn, communicate, play, and interact with the world around them.

However, a lot has changed in the last two years following the global pandemic, and I would say the priorities in my life gradually began to shift. Due to personal circumstances, time commitments, and that internal desire to venture out and pursue something new all led to the decision that it may be time to put ‘The Unofficial Blog of the Rift’ to rest. Oh, and not to mention, perhaps the most consequential fact is that Oculus, a brand we’ve come to grow and love, is now being almost entirely phased out by Meta, which I guess makes the ‘O’ in our name somewhat pretty obsolete, huh?

So, what’s next? Well, for me, I hope and plan to still be involved and engaged with the VR/XR community. There are so many exciting new and innovative things happening within this industry that it will be hard to ignore. Of course, I’m sure we’ll continue to see plenty of Meta news in the days, months, and years ahead to keep us all talking—but hey, you never know, perhaps an opportunity will present itself down the road, and OVRnews.com will re-emerge in a new form, like a phoenix rising from the ashes. While I wouldn’t exactly bet on it, it’s nice to keep our options open…right?

Until then, for those of you who visited my site, read some articles, and enjoyed the content, I am beyond grateful for all your support, and I sincerely thank you from the bottom of my heart! See you in the ‘Metaverse’… 🥽✨