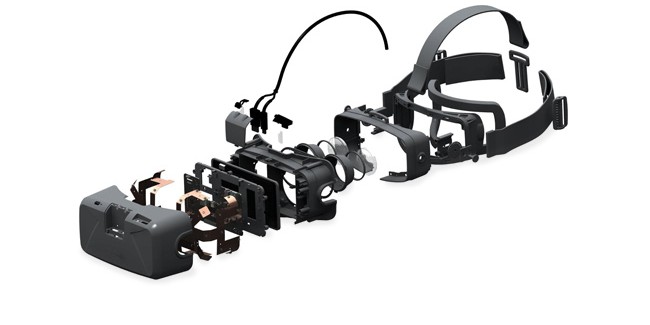 On the eve prior to Oculus’ fourth-annual developer conference (OC4), the company announced that it has officially made the plans for the Rift Development Kit (DK2) headset open-source. Now, under an open-source license, anyone can go ahead and download the technical blueprint of how the company built the DK2 headset and potentially make their own.

The DK2 headset was originally released in 2014 and sold nearly 119,000 units across 137 countries worldwide. It featured a number of notable improvements over Oculus’ first generation development kit (DK1)—such as better comfort, a low persistence 1080p OLED display, and positional head-tracking using an external camera. The DK2 was soon followed by Oculus’ more powerful internal prototype called ‘Crescent Bay’, which was a significant leap over previous models and paved the way for the consumer version of the Rift that we all know today.

According to Oculus’ developer blog, the detailed documentation for the DK2 includes schematics, board layout information, mechanical CAD drawings, artwork, firmware under BSD+PATENT licenses, as well as the specifications under a Creative Commons Attribution 4.0 license—which essentially means you are permitted to freely copy, redistribute and adapt the material for your own purpose, just as long as you give Oculus the appropriate credit.

You can find Oculus’ published open-source files for DK2 on GitHub:

Oculus notes that some of the components that it used to build the DK2 headset are likely difficult or even at this point impossible to source today, so it seems unlikely that many individuals will suddenly start building replica DK2 kits based on the files provided, however, the hope is that the knowledge contained within the detailed documentation can be used and applied to other future projects.

Oculus Rolls Out Rift 1.19 Software Update Ahead of OC4