'Oculus Cinema' Will Soon be a More Social VR Experience 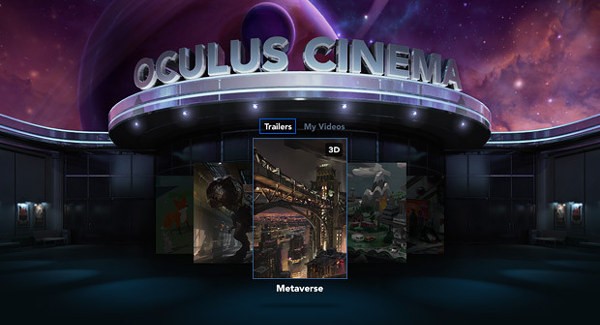 Oculus has revealed a new update to its Oculus Cinema app is currently in the works which will add multiplayer functionality and social features to its virtual movie theater experience.

Oculus Cinema is an immersive VR application that puts you in your own private movie or home theater and allows you to sit back, and enjoy films on a large virtual screen. However, as of now, the experience is pretty lonely—but, Oculus plans to change all that.

According to an interview with Road to VR, Oculus founder Palmer Luckey explained how the purpose of the Oculus Cinema app is ultimately to “replicate the experience of being in a movie theater or home theater with all of your friends.”

“We already have a lot of internal social functions in Cinema that are going to be rolling out in the next few months,” said Luckey.

“Things like avatar systems, being able to communicate with people over long distances…rather than just local multiplayer, but having actual long-distance multiplayer as well.”

Being able to watch movies, and interact with friends from anywhere in the world definitely adds a whole new level of immersion to the overall VR experience.

Oculus Cinema is currently available for Gear VR and will include its additional new features with the consumer version of the Oculus Rift when it’s released in early 2016.