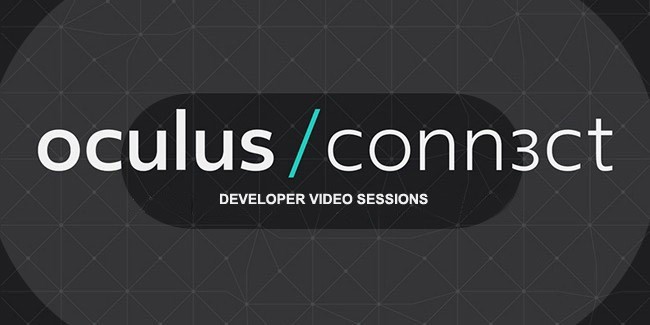 Today, we take a look back at last week’s Oculus Connect 3 developer conference. Oculus has released a series of session videos from its big three-day conference event, which bought together developers, engineers and VR enthusiasts from around the world to collaborate and share their ideas that will push the VR industry forward.

If you were unable to attend OC3 or perhaps your seeking to relive the experience and absorb the abundance of VR knowledge that filled the conference halls, then you don’t wanna miss checking out the videos below.

‘Oculus Chief Scientist Michael Abrash offers a detailed outlook and predictions into the future of virtual reality on what we can expect to see and the challenges the industry must overcome to achieve the next evolution of VR hardware and applications.’

Art in VR: The Creative Potential of Quill and Medium

‘Virtual reality has changed how we create. From games and movies, to experiences and tools—we’re just beginning to see what’s possible. But what happens when you take traditional artistic methods and transfer them to VR? Learn how Oculus is creating new tools, specifically for Touch, to help more people express themselves.’

‘The proliferation of 360 content coupled with the new WebVR standard promises to bring a wave of fresh content to VR. Using familiar tools such as WebGL, three.js, and React, developers can easily create interactive 3D and 360 experiences. With support of the web, these experiences can reach a huge audience across VR, mobile, and PC platforms, all while giving non-VR users a taste of what they’re missing.’

Maximize Performance with the Mobile SDK

‘A lot has changed in VrApi over the last year. From new features and hardware, to new operating systems, API updates, and more—learn how you can improve both the performance and quality of your experiences. We’ll also discuss how to identify and resolve performance issues with the Oculus Remote Monitor.’

‘Maximizing the gaming experience on a VR headset requires more than innovative technology and gameplay. It’s equally affected by a game’s ability to manage power consumption and avoid device heat ups. These factors can impact a game’s success by limiting performance and making it unplayable on mobile. Learn how to improve power and thermal efficiency while achieving maximum performance for your VR game or app. Analyze and optimize your VR games and applications by exposing detailed CPU, GPU, and system data to reveal your game’s power and performance characteristics. Understand the potential impact of other apps and background processes for a complete picture of system performance.’

‘From the first wave of Rift games to the newest Touch titles on the way, game developers have made great progress against some of the toughest challenges in VR. This panel features insights from the minds behind games like I Expect You To Die, Rock Band VR, Luna, and Eagle Flight. You’ll also hear from Jason Rubin, Head of Content at Oculus, as we cover everything from the creative process and prototypes, to breakthroughs in optimization, locomotion, and comfort.’