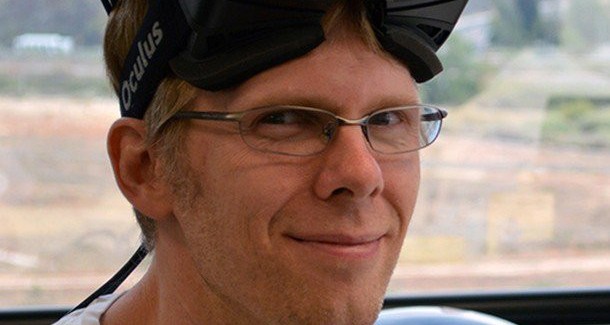 Over the past few years, the virtual reality industry has significantly changed for the better, and one individual who has played a key role in making that happen is legendary developer John Carmack.

Known as the man behind iconic franchises like Doom, Wolfenstein, and Quake, Carmack has been a pioneer in the industry for decades with his influential contributions in 3D gaming development at id Software, prior to teaming up with Palmer Luckey in 2013 at Oculus VR to work on the Oculus Rift and help bring new innovations to virtual reality technology. Today, it’s been announced that Carmack is now being recognized for his efforts with this year’s BAFTA Fellowship Award.

According to GamesIndustry.biz, Carmack joins his fellow game developers Gabe Newell, Shigeru Miyamoto, Will Wright, and Peter Molyneux as winners of the BAFTA Fellowship Award.

“Over the course of my career, I’ve remained passionate about the potential for engineering and technology improvements to expand the range of human creativity,” Carmack said in a statement. “Graphics, networking, extendable platforms, and now virtual reality; each has enabled magnificent new things that delight millions of people…I am as excited about the future today as I was when I started.”

Carmack will be accepting his BAFTA Fellowship Award on the 7th of April, 2016. Stay tuned for more soon.