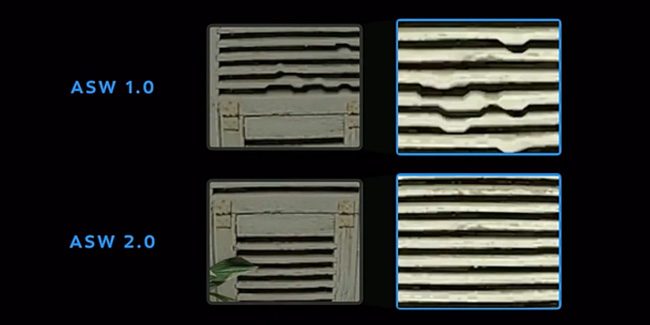 Back in late 2016, Oculus introduced a new technology called, Asynchronous Spacewarp (ASW), which is designed to ensure an improved virtual reality experience without dropped framerates or judder through the use of frame-smoothing techniques on lower-end hardware.

Essentially, Asynchronous Spacewarp works by analyzing the difference between two previous frames generated by the application and calculates the spatial transformation to create a new “synthetic frame” to fill in the gaps that the system is not able to render a new frame in time. When ASW kicks in, it allows games to run at an internal 45fps, inserting a synthetic frame between every other frame to provide a smooth 90fps to the Rift headset. However, ASW is not always perfect and can sometimes introduce distracting artifacts, as illustrated below.

At the recent Connect 5 conference, Oculus announced a new version of Asynchronous Spacewarp, referred to as ASW 2.0, is on the way, and with it brings an improved performance that will result in far fewer motion estimation artifacts in a VR scene, thanks to the combined use of both Oculus’ Positional Timewarp (PTW) and depth information provided by the game/application. ASW 2.0 is a significant advancement that provides a dramatic improvement to VR experiences for Rift owners with lower-end PCs.

For a more in-depth explanation of Oculus’ Asynchronous Spacewarp (ASW) 2.0, check out the keynote video below from OC5. Dean Beeler, a Software Engineer at Oculus, gives his talk on ASW 2.0 around the 31-minute mark.