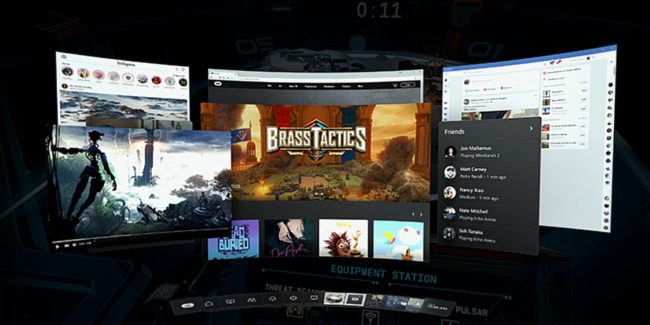 Oculus has announced that its new system software for the Rift, previously known as Rift Core 2.0, is officially out of beta and is now rolling out to all Rift owners across the entire platform.

The latest version of the Rift software includes a number of major performance improvements, UI updates, new social features, and a wide variety of customization options to enhance your Oculus Home decor. Oculus says that the vast performance improvements implemented in the software also ensure that both Oculus Home and the Oculus Dash interface can run smoothly on both recommended and minimum spec computers.

“This new software release marks the culmination of months of work and the start of an exciting new phase for Rift.” Oculus wrote in a statement in a company blog post. “From here, we’ll continue to evolve features and functionality on a monthly basis.”

Here are some of the key features as part of the latest Oculus software update for the Rift:

In addition, custom developer items are also introduced in Oculus’ latest Rift software update, which lets developers add unlockable objects for Oculus Home in their game—such as animated objects, sculptures, trophies, and avatar clothing. Now, users can showcase unique achievements they have managed to unlock from their favorite games and apps. So far, a total of 32 unlockable objects are available across nine different titles, including Moss, SUPERHOT VR, Echo Arena, Lone Echo II Trailer Experience, Brass Tactics, Job Simulator, OrbusVR, Arizona Sunshine, and Loco Dojo with many more to come. Check it out, and experience the new system software today!