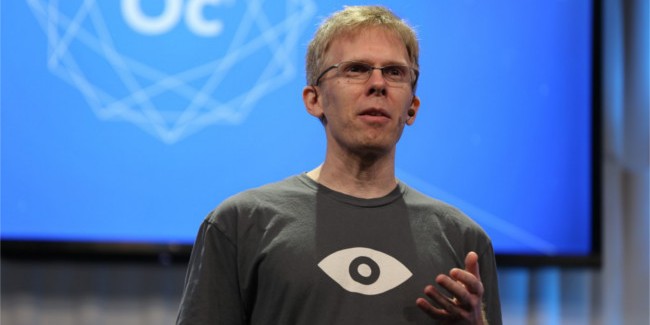 John Carmack, legendary game programmer and CTO of Oculus, is preparing to take the stage at this year’s Oculus Connect 2 developer conference, which he is known for his in-depth, and lengthy keynote presentations that are best described as a wealth of technical knowledge of epic proportions.

According to a recent tweet from Carmack, he is asking the VR community to suggest any topics they would like for him to discuss during his ‘Conversations with John Carmack’ keynote session at the event.

Open call for topics for my Oculus Connect keynote. I'll talk until they run me off the stage, what do you want to hear about?

Carmack’s keynote session will be among one of the many highlights attendees can expect at this year’s highly anticipated Oculus Connect 2 event. In addition, more than 30 talks and workshops from leading VR developers and veteran engineers are lined up to discuss “everything developers need to know to launch on the Rift and Gear VR.”

Oculus Connect 2 will be hosted at the Loews Hotel in Hollywood, California from September 23rd-25th. Stay tuned for more updates, as it develops.