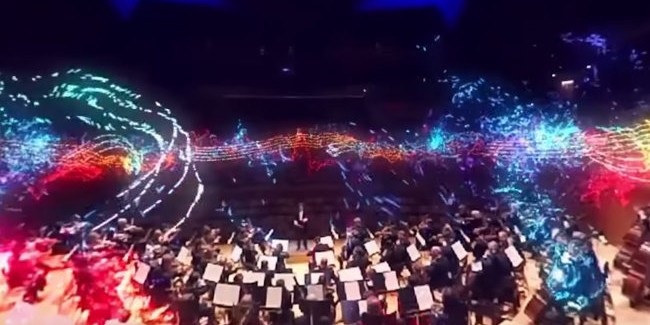 Have you ever experienced what it’s like to be at the center of a world-class symphony orchestra playing one of the most famous and recognizable pieces of classical music history? If not, now you can.

The Los Angeles Philharmonic Orchestra is looking to spread the joy of music in a truly immersive, and unique way with the use of the Oculus Rift virtual reality headset. As part of its upcoming ‘Immortal Beethoven’ festival in October, the LA Philharmonic created the VAN Beethoven experience, a mobile tour that features a first-of-its-kind VR performance that will allow viewers to experience the symphony like never before.

The VAN Beethoven experience was filmed in the Walt Disney Concert Hall, with 360-degree 3D cameras among and around the orchestra, capturing a breathtaking virtual reality performance of perhaps one of the most famous pieces of classical music, Beethoven’s 5th Symphony, played by one of the greatest orchestras in the world.

“VAN Beethoven underscores the LA Phil’s dedication to expanding opportunities for access to the widest audience possible,” President and CEO Deborah Borda said in a statement. “Thanks to the remarkable Oculus virtual reality technology, we can introduce the magnificence of an orchestral performance throughout communities in Los Angeles as never before.”

VAN Beethoven will begin touring throughout the greater Los Angeles area starting September 11th to October 18th. See below for a full list of dates:

If you’re unable to be in LA for the VAN Beethoven experience, don’t worry. You will be able to experience it from the comfort of your own home via a free  app called Orchestra VR available for download in the Oculus and Samsung Gear VR app stores later this week.