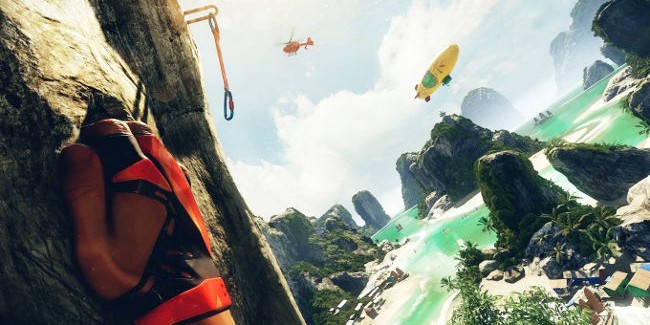 Today, Crytek has announced a brand new virtual reality game title that is being developed exclusively for the Oculus Rift, called The Climb.

The game will immerse players to experience the ultimate thrill of rock climbing like never before. Through the power of VR, players will be transported to “hyper-realistic climbing locations” from around the world with the use of the Oculus Rift virtual reality headset. Players will also be able to use either the bundled Xbox One controller or Oculus Touch motion-sensing controllers to freely move their hands and explore along the rock faces to find the right grip, as they climb to the top.

“Their early VR demos really captured public imagination, and to see their ideas come to life with Rift is incredible and not to be missed. The Climb is a beautiful combination of art and thrill that’s bringing an entirely new level of adventure gaming to Rift.”

The game will also feature various settings and difficulty levels and will include a Training Mode, for those who may need some assistance on how to scale the deadly cliff without falling. Be sure not to look down.

The Climb is expected to be released during the launch window of the consumer version of the Oculus Rift, which is slated for launch in the first quarter of 2016.