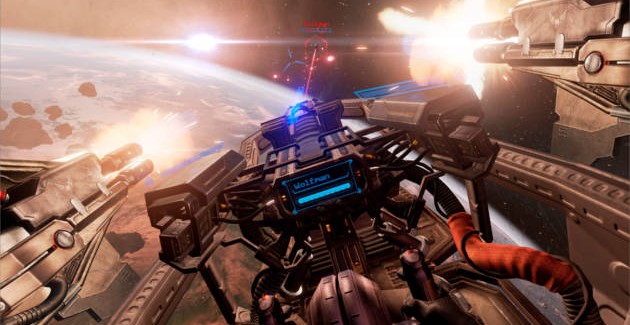 At Fanfest 2015 this week, CCP games revealed a glimpse of its latest pre-alpha gameplay footage of EVE: Valkyrie and the response has been overwhelming.

While the trailer does an impressive job of giving viewers an exciting sense of what to expect from the epic multiplayer dogfighting space shooter, it doesn’t compare to how amazing it feels to actually be playing it while using a VR headset.

The benefits of the ‘Crescent Bay’ hardware, compared to the DK2 helped showcase EVE: Valkyrie with better resolution, and an even greater sense of immersion. Everything from the refined UI, to the cockpit details, including the scenic view of deep space are extremely impressive.

The computer rig running the Valkyrie demo was confirmed to be using Nvidia’s new Titan X graphics card, which helps deliver the overall horsepower necessary for high resolution, at 90 frame-per-second—so, having a pretty good PC is definitely going to come in handy if you want to play certain VR titles at its maximum settings in the future.

If EVE: Valkyrie is any indication of the kind of highly polished, well-produced games we can expect from a virtual reality platform, then the future of VR gaming is definitely something to start getting excited about.