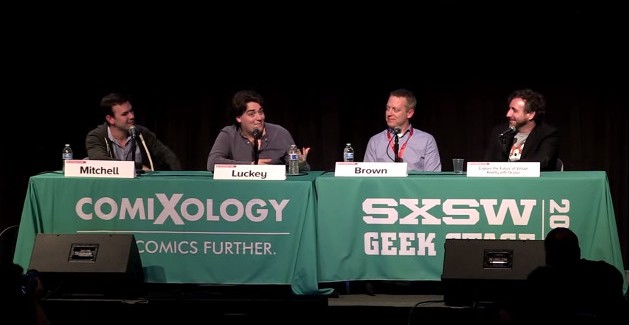 If you were hoping to get new details on the consumer release of the Oculus Rift, you will have to wait a bit longer. During a Q&A panel at SXSW 2015, Luckey would not comment on the exact release date, however, he did attempt to reassure everyone that the development of the consumer Rift is still going strong in the right direction.

With the VR competition heating up, due to the recently announced HTC Vive developed in partnership with Valve, and Sony Morpheus, many fans are beginning to wonder if Oculus will deliver on its initial expectations of a 2015 consumer launch. Luckey was noted for previously saying, that something would have to go “horribly wrong” for the consumer Rift not to come out in 2015.

“I did say that,” Luckey said in response to the initial 2015 launch window. However, he goes on to say, this was “before we made a lot of changes to our roadmap and we’ve expanded a lot of the ambition we had around the product and what we wanted to do.”

“Us partnering with Facebook allowed us a lot of things that we wouldn’t have been able to do otherwise like hire 300 people to be working on getting the Rift out as quickly as possible at the level we want it.”

While a 2015 consumer launch for the highly-anticipated Oculus Rift seems up in the air, Luckey remains very optimistic about the development of its virtual reality headset.

There is no question that Oculus is aiming to deliver the best VR platform without compromises—at this point, we only have to wait and see.

Luckey, Still ‘Pretty Confident’ the Consumer Rift Will Be the Best HMD