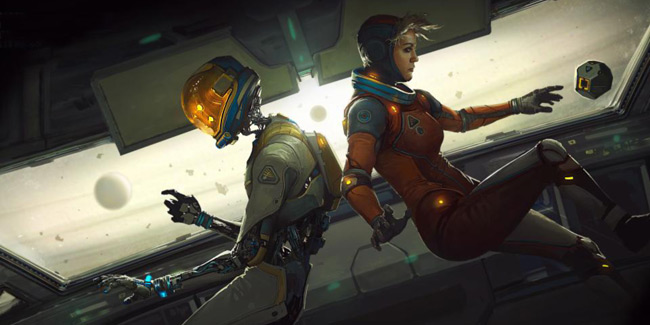 Image courtesy of: Ready at Dawn

Oculus’ parent company Facebook announced that it has acquired Ready at Dawn Studios, the developer team behind acclaimed VR titles including Lone Echo, Echo Arena, and Echo Combat, all of which were published by Facebook’s Oculus Studios.

Ready at Dawn has been in the business of making games since 2003. The developer studio got its start early on creating titles of popular PlayStation franchises like Daxter, and God of War: Ghost of Sparta for Sony’s PlayStation Portable system (PSP), as well as a PlayStation 4 (PS4) exclusive named The Order: 1886 for Sony Computer Entertainment, before moving into VR development.

“Having shipped titles to multiple platforms in the past, Ready at Dawn is a veteran game developer with some serious chops-as well as a VR pioneer,” said Facebook VP of AR/VR content Mike Verdu in an official Oculus blog post announcing the company’s latest studio acquisition.

Verdu added, “In addition to setting the bar for narrative VR experiences, Lone Echo re-wrote the playbook for VR movement mechanics with the debut of Ready at Dawn’s signature innovative continuous locomotion system and full-body IK (inverse kinematics). The zero-g mechanic is used throughout the Echo Games franchise and lends itself well to VR beginners and competitive VR esports alike.”

The terms of the acquisition deal were not publicly disclosed, though Facebook says that they are bringing the entire team from Ready at Dawn onboard. The studio will continue to remain independently operated out of their Irvine, California and Portland, Oregon offices under Oculus Studios, and will focus on creating “memorable, immersive, and innovative VR content for gamers around the world.”

Facebook notably did not give any updates on the status of Ready at Dawn’s next highly-anticipated VR title, Lone Echo II, which is currently still in development. The game originally was scheduled to launch in 2019, but has seen several delays, most recently due to Coronavirus, which has pushed the release date to sometime later this year.

Ready at Dawn now joins a growing portfolio of developer studios Facebook has acquired for Oculus over the years. This past February, the company acquired Sanzaru games, which made Asgard’s Wrath. They also purchased Beat Games, the developers behind one of the most popular VR-rhythm games to date, Beat Saber.