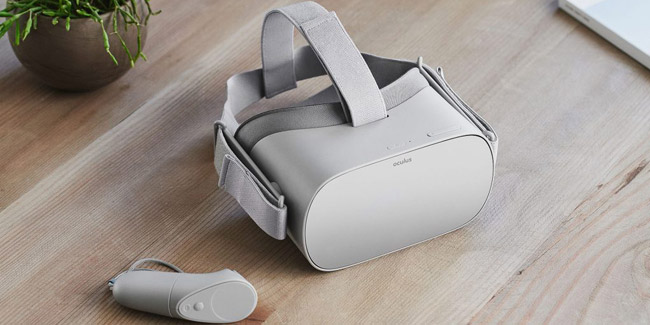 Oculus’ entry-level VR headset will soon be gone. The company has announced that it is discontinuing the sale of the Oculus Go this year as the company begins to shift away from three-degree-of-freedom (3DoF) VR products to focus its efforts on 6DoF platforms like the Oculus Quest and Rift.

The decision to discontinue the Go headset was attributed to the success of the Oculus Quest standalone VR headset, and the “overwhelmingly positive” response the company received from the community, expressing that six-degrees-of-freedom (6DoF) positional movement is the “future of VR,” according to the Oculus team.

“The community response has been overwhelmingly positive, and you’ve told us loud and clear that 6DoF feels like the future of VR,” the company said in an official blog post announcing the discontinuation of the Go headset. “That’s why we’re going all-in, and we won’t be shipping any more 3DoF VR products. We’ll end sales of Oculus Go headsets this year as we double down on improving our offerings for Quest and Rift.”

For anyone who owns an Oculus Go, Oculus says it will continue to support the headset with security patches and system software bug fixes through 2022, but will no longer release any new first-party features for it. Additionally, it will no longer accept new third-party Go apps or updates to the Oculus Store after December 4th.

With the Go out of the picture, Oculus is now encouraging more developers to focus their creative efforts on building for the Quest platform. The company says it is currently working on a “new way” for developers to distribute content for the device outside of the Oculus Store without the need for sideloading. This new alternative option for developers to share their apps with anyone with a Quest standalone headset is said to launch sometime in early 2021.

“We’ve set a high bar for content on Quest in order to build a platform where people have confidence in the quality of titles they’re buying, and developers know their investments have a strong chance of success,” the company said, adding, “As we build on this success moving forward, our Store curation process won’t be going away. But now that Quest has built a healthy and sustainable ecosystem, we’re ready to open a new avenue for VR development.”

“By making it easier for more developers to reach Quest owners in the future, we hope to spark inspiration with those who will build the next wave of engaging experiences for Quest,” Oculus noted. The company says it will be sharing more details on the new content release channel for developers later this year.