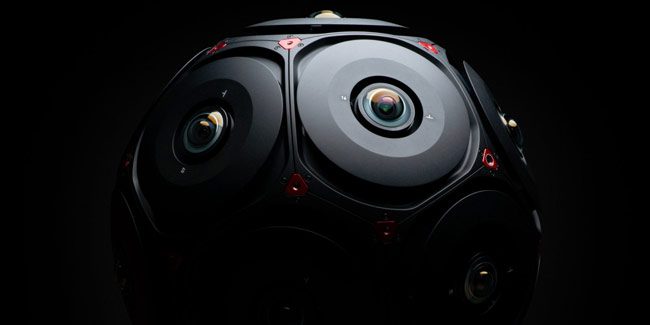 According to Facebook’s blog post, “Manifold captures multiple camera angles simultaneously from within a given volume, enabling infinite perspectives to be generated from any direction within a field of view…Facebook’s industry-leading depth estimation technology captures 3D information from any scene—like characters, props, and everyday backgrounds—resulting in high-quality video bursting with enhanced volumetric detail and movement.”

The Manifold camera will also utilize “familiar, yet powerfully robust” post-processing tools from partners at Adobe, Foundry, and OTOY for filmmakers and creative professionals to edit, optimize, and finalize their projects.

Both Facebook and RED promise to announce more updates on their state-of-the-art Manifold VR camera system, including details on pricing, availability, and more in the future.