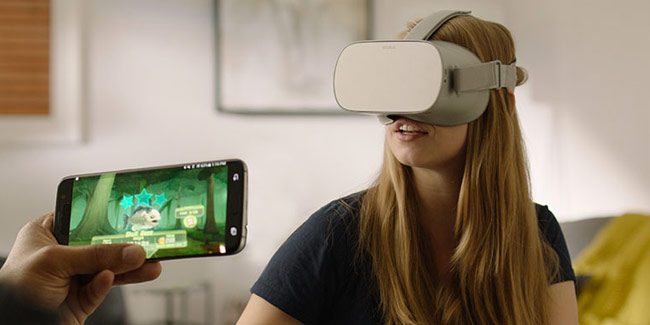 Oculus has announced that it is bringing casting support to the Oculus Go standalone headset, allowing the person wearing the VR headset to share their virtual experience with others in the real world.

With casting support coming to the Oculus Go, a VR user will be able to broadcast what’s happening in VR directly to any compatible smartphone device or nearby TV over WiFi for others to see in real-time. This highly-anticipated feature will provide a way to make what is otherwise a solo VR experience feel more social by including multiple people in the same space to be part of the experience. Casting is said to be available “as early as” October.

Also coming to Oculus Go, the company revealed that Google’s YouTube VR app will be available soon on the platform, which will give users access to more than 800,000 360° videos on a variety of different types of content, ranging from nature documentaries to the latest 360° concerts to watch and experience on the Oculus Go.

Last but not least, Oculus Go owners will be able to view livestreams of NBA games through the Oculus Venues, thanks to a partnership with NextVR. Viewers who attend an NBA game in Venues will also unlock an NBA avatar jersey from one of the teams they watched for their Oculus Avatar to wear through the rest of the season.