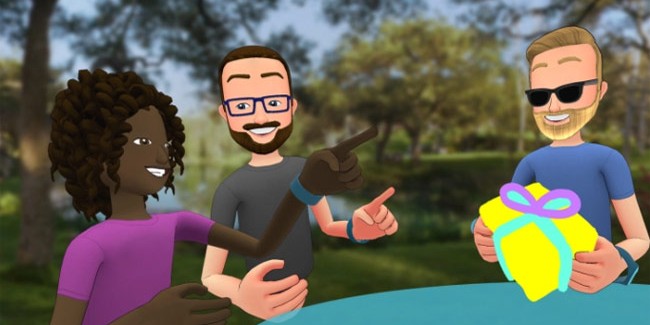 During Facebook’s annual F8 developer conference, Head of Social VR Rachel Franklin took the stage to unveil the company’s latest efforts to make VR a more social experience on the Oculus platform with the launch of Facebook Spaces, a new app that lets you hang out and interact with your Facebook friends in virtual reality.

Last year at Oculus Connect 3, Facebook CEO Mark Zuckerberg demonstrated on stage an early version of Spaces and provided a glimpse at some of the exciting social features we could expect to experience. Now Facebook gives us an even closer look at their latest build, which is released as an early access beta for the Oculus Rift.

Spaces integrates directly with your Facebook account, which makes it simple for you to find your friends and family and interact with them in a unique and immersive way within the virtual world.

In the app, you will be able to create an avatar that closely resembles your own likeness based on your Facebook photos or you can completely change your look with options like custom eye colors, hairstyles, and facial features.

Up to three friends can join your virtual space and share with you in a variety of interactive ways to have fun together—such as drawing and playing with 3D objects in the air, watch immersive 360-degree content, as well as share your own personal photos and videos.

And, yes of course, you’ll be able to take virtual self-portraits using a selfie stick to capture and share the memories you create in VR with your friends on Facebook.

For your friends and family who may not have an Oculus Rift yet or perhaps just don’t access to their headset, there’s good news! They can still be included in a Spaces hangout using Facebook’s messenger video calling option from their smartphone.

Facebook says this only just the beginning of what’s possible with Spaces. The company plans to add new features based on feedback from users and will continue to explore ways to make social VR a more meaningful experience, as well as plans to bring Spaces to other VR platforms over time. Facebook Spaces launches today as an Oculus Rift and Touch beta, which you can find as a free download in the Oculus Store.