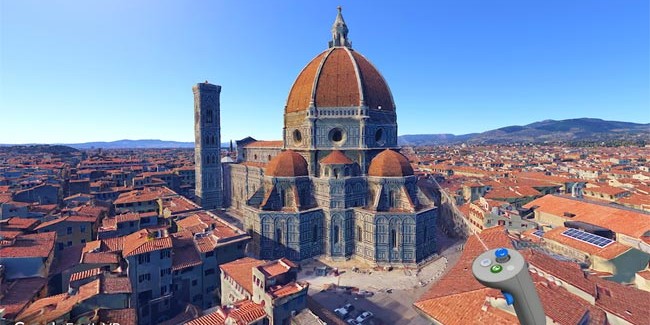 Google has announced that one of its most impressive products to date, Google Earth VR, will finally be available to Rift and Touch owners on the Oculus platform.

Earth VR was first unveiled for the HTC Vive headset on Steam back in November, and since then it’s been one of the most highlighted VR experiences available for those who love to explore and discover places around the world. It’s reported that one of the many reasons the initial release of the app did not officially support the Oculus Rift was because it required positional-tracked controllers, which, at that time, Touch wasn’t available yet. Now, after nearly six months of Google working to add Rift and Touch support, the wait is over.

“We want as many people as possible to be able to explore our planet in Google Earth VR, so bringing the experience to Rift was a natural next step for us,” said Dominik Kaeser, Engineering Lead at Google’s VR group. “The Touch controllers have precise analog sticks, which are a great fit for the way you move around in Google Earth VR. We want people to be able to both grab and move the planet, plus fly at varying speeds.”

Along with Rift and Touch support, many other new features have been added to the Earth VR app—including new search functionality, which allows you to simply type in an address or location name of anywhere around the world you want to visit, and Google Earth VR will transport you to that destination.

In addition, Google has also added 27 new hand-picked locations to help you continue to discover more of world’s most incredible places. Some of the featured locations include Perito Moreno Glacier in Argentina, the top of Table Mountain in South Africa, and Germany’s Neuschwanstein Castle which was the inspiration for the castle in Disney’s Sleeping Beauty.

Google Earth VR is a free application which you can download now for the Rift on the Oculus Store.