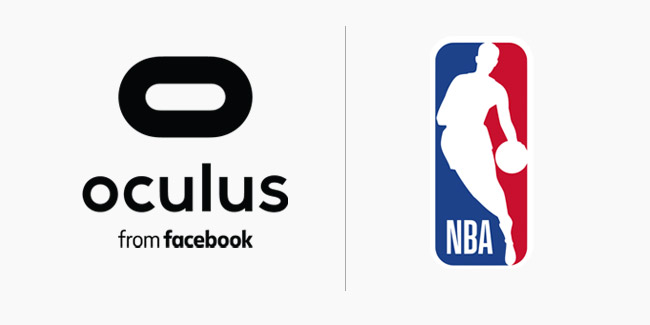 The new partnership has been signed to coincide with the start of the NBA playoffs this week. Oculus will officially serve as ‘the presenting partner’ of the NBA Rail Cam Replay on ESPN, ABC, and TNT, which will now be called ‘Oculus Front Row View.’ This immersive camera angle view is considered just one of the many ways the NBA and Oculus will provide an innovative experience to capture all the action on the court for fans watching games at home.

As part of the deal, Oculus will also continue to make live NBA League Pass games available in virtual reality via Oculus Venues on both Oculus Quest and Oculus Go headsets. Be sure to check out the full NBA VR schedule here.

“The NBA has a strong history of using virtual reality to connect people in ways that weren’t possible before–and that’s never been more important than it is now,” said Rob Shaw, Facebook Director of Sports Media and League Partnerships in an official statement. “We’re thrilled for Oculus to be an official partner of the NBA, WNBA, and NBA G League and look forward to helping more fans experience the beauty of professional basketball in VR.”

Julie Morris, Vice President of Media & Business Development at the NBA, added: “This partnership furthers our ongoing commitment to engage with fans of the NBA, WNBA, and NBA G League in new and innovative ways. Together with Oculus, we will create new experiences for our fans while also bringing them closer to the action through Oculus’ state-of-the-art VR devices.”

Additionally, Oculus will have a presence throughout both ESPN Wide World of Sports and IMG Academy as the 2019-20 NBA season and 2020 WNBA season continues in Orlando and Bradenton, Florida. Oculus signage will also be present at ongoing games, as well as Oculus Quest headsets will be gifted to NBA and WNBA players.