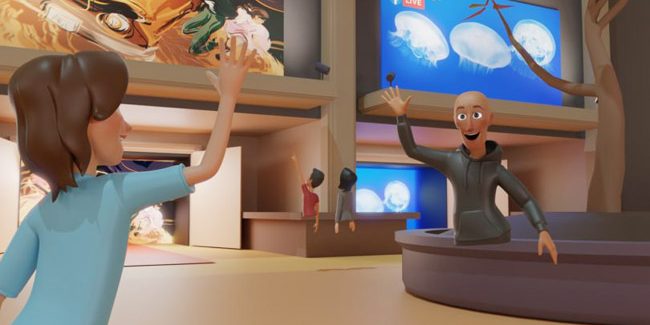 Oculus’ parent company confirmed that it has started rolling out early access to their new-and-improved version of Oculus Venues, which introduces several new social features as the company prepares for its upcoming social VR app, Facebook Horizon.

Available now in beta early access on Oculus Store to only a limited group of Oculus Quest users, the new version of Venues still offers users a front-row seat at live events—including sports games, concerts, comedy shows, and a wide variety of other real-time broadcasts within virtual reality, but with a much stronger focus around social interaction and experiences.

This latest update of Venues introduces a brand new lobby and private viewing areas, where users can hang out with friends and meet other fans around the world, allowing them to explore various live, immersive events together in VR.

In addition to the new environments and social features, the early beta version of Venues seems to include a much more robust avatar creation system. It appears the new avatars in the photos closely resemble those of the one seen featured in promo material for Facebook Horizon.

So, far there is no word yet on an official release date for either the new Venues or Facebook Horizon. However, we will likely learn more at Oculus Connect 7, which will take place as a digital event this year.