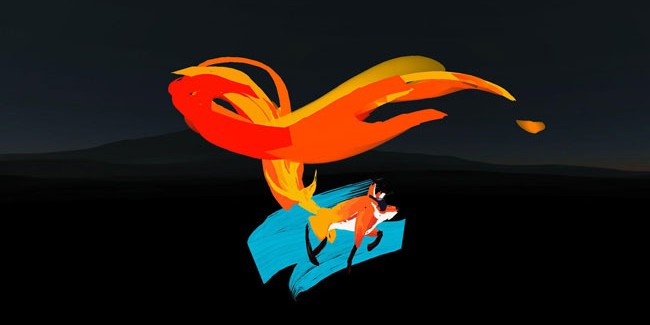 Mozilla has been working on virtual reality for quite some time, with support for the Oculus Rift in its experimental Firefox nightly builds since 2015. Now, with the latest release of Mozilla’s Firefox browser, Firefox 55, it is easier than ever for users to access VR experiences on the web.

With the release of the new Firefox update for Windows, the browser now joins competitors Google Chrome and Microsoft Edge in supporting the WebVR open standard. Oculus has also been a strong proponent of supporting WebVR and believes the technology will play a significant role in driving widespread adoption of VR to the masses.

“We believe WebVR will be a key factor in the progress toward mass adoption of VR and a powerful channel for creators seeking the broadest distribution,” said Nate Mitchell, Oculus co-founder and Head of Rift in a Mozilla blog post. “Through our work with Mozilla, we’re making it even easier for Oculus Rift owners to have access to a growing collection of amazing WebVR content, whether it be the countless immersive experiences already available or an optimized 2D browsing experience.”

According to Mozilla, when a user finds a web game or app that supports VR, they can experience it with their headset by simply clicking on the VR goggles icon visible on the web page. Motion controllers are also supported to navigate and control these web-based VR experiences as well as to move around in physical space.

If you want to experience some examples of WebVR content in action, be sure to visit Mozilla’s WebVR website, where you’ll also get learn more about the company’s plans to bring virtual reality to the open web.

Oculus 1.17 Software Update Rolls Out to All Rift Owners