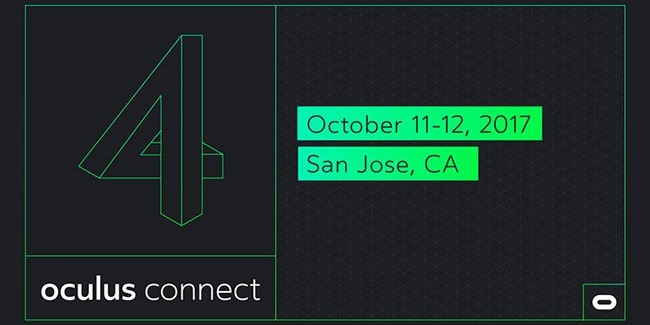 With Oculus’ much-anticipated fourth annual developer conference, Oculus Connect, just a couple of months away, the company revealed some of the initial speakers and featured talks that are scheduled to take place on October 11th-12th, at the San Jose McEnery Convention Center in San Jose, CA.

The company is promising a wide range of in-depth technical discussions and workshops from leading VR developers, designers, and creators for the two-day event. This year, OC4 attendees from around the world can expect more than 30 sessions, covering topics that span across four tracks—Design, Develop, Distribute, and Future.

Oculus speakers will share key lessons learned in VR development along with best practices and unique insight from the field of software engineering, product design, mixed reality, and beyond.

Below are some of the confirmed sessions scheduled for this year’s Oculus Connect 4 event:

According to Oculus, more speakers will be confirmed in the coming weeks ahead, with plans to also feature talks from developers, partners, and creators across the community such as Magnopus and NASA, Ready At Dawn, VRMADA, Unity Technologies, and many others.

Applications to attend OC4 are currently still open for a limited time, so be sure to visit the official Oculus Connect website to apply and learn more details.

Oculus is Extending $399 Summer Sale of Rift and Touch Bundle