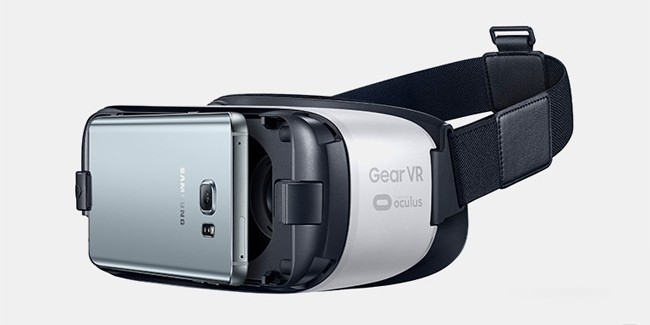 The Oculus-powered Samsung Gear VR virtual reality headset officially launched in November of 2015 and has already sold over 300,000 units across Europe this year alone.

Samsung has been offering a number of enticing Gear VR promotions with the launch of its Galaxy S7 and S7 Edge smartphones to drive the mobile VR adoption to the masses—including giving away the Gear VR for free as a limited-time bonus to those who had pre-ordered the phones.

While that promotion is no longer available, Samsung is now offering the Gear VR headset to new customers throughout Europe at a “special price,” along with access to popular free VR content, such as Anshar Wars 2, Darknet, Drift, Keep Talking and Nobody Explodes, Ocean Rift and Starchart.

“The smartphone is already so fundamental to our lives but connecting it with a product like the Gear VR opens up incredible new experiences that are often as emotional as they are immersive,” said Samsung Electronics Europe’s CMO David Lowes in a statement.

“With this new incentive, we’re encouraging broader VR adoption so that more people can experience this amazing new technology for themselves.”

According to industry analyst house CCS Insight, revenues predicted for VR headsets globally will reach $10bn by 2020, with Western Europe accounting for $3bn. It’s estimated that 4.7mn headsets are expected to be shipped in Western Europe in 2016, with value-priced smartphone VR headsets such as the Gear VR expected to account for 90% of the volume.