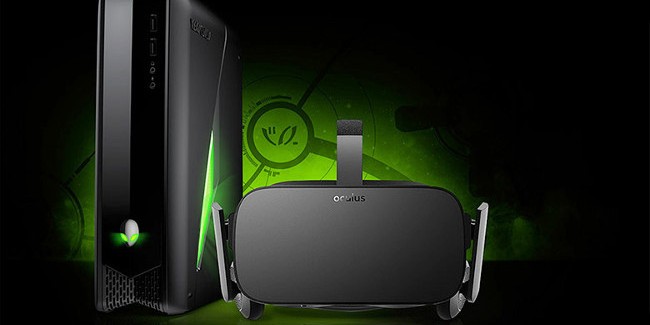 Earlier this week, Oculus announced that it would be offering special bundles of its Oculus Rift headset, along with an ‘Oculus Ready’ PC in February, starting at $1499. Now Dell has revealed its own plans to offer discount savings to help consumers looking to get in on the full Rift experience.

According to the Verge at CES 2016, Dell announced it will offer a promotion that takes $200 off the $599 purchase price of an Oculus Rift headset with one of its certified ‘Oculus Ready’ PCs—either the Alienware X51 R3 or Dell XPS 8900.

Both these high-end gaming rigs each start around $1199, and offers a great deal for those who still need to upgrade their systems to meet the recommended specs to support the Rift, and to take advantage of the Rift+PC combo deal. Altogether, the discount bundle would cost about $1,598, saving customers $200 bucks overall.

These bundles are expected to begin shipping at the same time as the Oculus Rift headset arrives in hands of customers around the end of March or early April 2016.

Keep in mind if you haven’t pre-ordered an Oculus Rift by now, the current estimated ship date will set you back all the way to June, so Dell’s bundle deal could be a good way to get your hands on the Rift sooner than most.