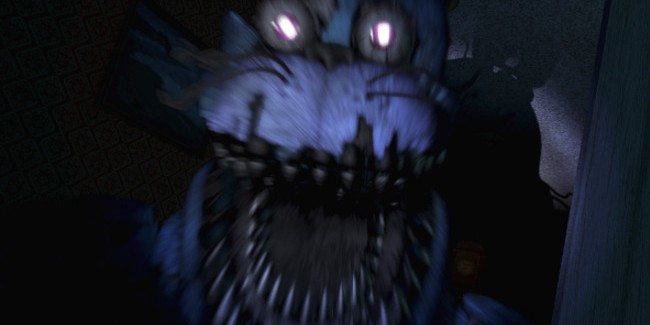 When it comes to horror games in virtual reality, one would expect the experience to be intense, terrifying, and in some ways traumatizing for those not ready to immerse themselves into their own virtual fears—especially, when facing down the classic ‘jump scare’ out of nowhere in VR.

While there are many VR horror fans that do enjoy the sudden thrill of being frightened out of their seat, Oculus is making sure to address the overuse of jump scares by developers in VR content, and calling it merely as a cheap scare tactic to get a reaction out of a person in virtual reality.

Following a Reddit AMA session last week, Oculus founder Palmer Luckey went on to answer more questions from fans on the PC Master Race subreddit, where he was asked if Oculus would consider adding a “PTSD rating” to horror experiences on its Oculus Store.

In response, Luckey wrote, “No PTSD rating, but we are strongly discouraging developers from using jump scares. They are such a cheap way to get a reaction in VR.”

On a side note, he also mentioned that the Oculus Store will allow people to view a “360-degree capture of a scene from the game,” which will allow players to get a “much better sense of the game than a normal screenshot or video.”

It will be interesting to see how effective Oculus will be in discouraging devs from using jump scares in their content. While it’s safe to assume horror games published by Oculus will be enforced to keep those extreme jump scares out, you can probably expect other developers will continue using them to make you scream.