Is the HTC Vive Really Outselling the Oculus Rift 2-to-1? 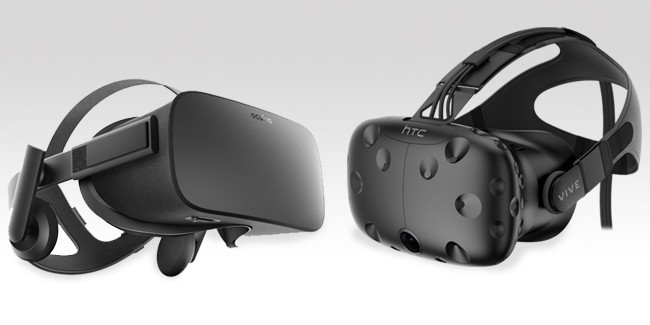 Last week, a new survey published by Valve revealed some interesting data indicating HTC Vive’s popularity over the Oculus Rift. As a result, some reports are stating the HTC Vive is the current top leader in the VR industry…or is it?

According to the data of people who took part in the latest Steam Hardware Survey, 66 percent of those Steam users own an HTC Vive headset, while 27.75 percent own an Oculus Rift (CV1). The remaining 6.25 percent are those who own an Oculus Rift Development Kit 2 (DK2), which overall brings the estimated total of Oculus headset users to 34 percent.

While it’s known that the HTC Vive is selling quite well for itself, the question is raised whether or not Steam’s data offers a completely fair assessment that the Vive is, in fact, outselling the Rift by a margin of 2-to-1.

There are a few slight things to take into account before crowning the Vive for its VR dominance. While Vive owners are all more likely to use and spend the most time on the Steam platform, there is a valid reason to suggest that a good majority of Rift owners may well be sticking to their own Oculus home ecosystem for all their VR content needs and not venturing beyond the Oculus platform. It’s also reasonable to consider that not every Oculus Rift owner is choosing to take part in an optional Steam survey and submitting to give up a bit of their user data.

As of now, Oculus has remained quiet on the actual total of consumer Rift headsets it has sold to date. In fact, many orders are still pending to be delivered to its customers. Currently, anyone who orders an Oculus Rift headset is placed on a month-long waiting list. Yes, not exactly an ideal scenario for Oculus, particularly when the Vive is available for order delivery right away—however, it is possible that these backordered units may contribute to bumping up the data once consumers finally receive their headset to play…Only time will tell.

While some fans want to already claim a definitive winner in this VR battle for headset dominance, it’s going to be a long and challenging road ahead. The fact is that until Oculus releases its official sales numbers for the Rift, then there is no sure way to say which headset is currently outselling who. Hopefully, this competitive spirit is what will continue to help fuel the VR industry forward and push for new innovation from both sides—which is ultimately a win/win situation for all VR enthusiasts, regardless of the headset you do own.

Oculus HapticWave Project Let’s You Feel in VR without Gloves