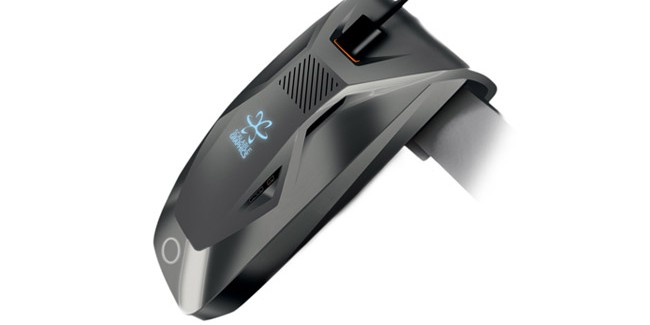 Could we see a wireless version of the Oculus Rift sooner than we think? Well, Atlanta-based company, Scalable Graphics says they promise to make that happen with their own wireless add-on kit called, KwikVR—slated to debut at CES 2017 in Las Vegas.

According to the company’s official site, KwikVR intends to bring the “freedom of movement” to owners of the Oculus Rift headset, including the HTC Vive in order to allow you to fully enjoy the virtual reality experience without the constraints of being tethered to a PC.

KwikVR is a small box that weighs roughly 1 pound and provides up to four hours of battery life. It’s designed to be attached at the belt and connects simply by using the existing cable of your VR headset into the device. It also comes complete with its own HDMI dongle that plugs directly to the back of your PC and a Wi-Fi router that connects to your network adapter for simple installation. The company claims additional latency introduced by KwikVR is under 12 ms and works at the native resolution of the VR headsets along with 5GHz Wi-Fi connectivity.

No other specific details about the device have been revealed at this time. However, while KwikVR is not the first and only wireless solution developed for PC-based VR headsets, it’s apparent that many third-party companies are racing to bring a superior add-on option to market to fill the void. This should probably hold over most VR enthusiasts for a while, at least until an official wireless PC-based VR headset solution is made available.

Heading into New Year ‘2017 Should be Mind-Blowing’, says Oculus