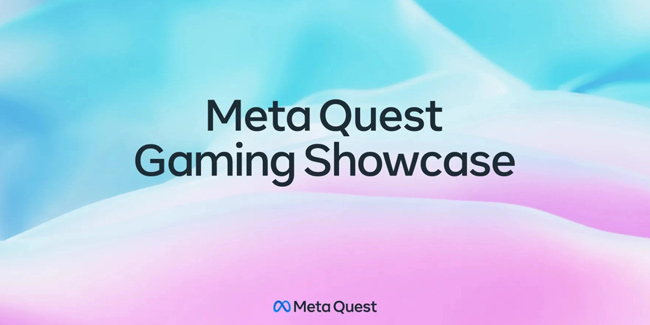 Meta announced that its second annual Meta Quest Gaming Showcase, formerly known as the Oculus Gaming Showcase, will take place on April 20th and will be filled with all the latest updates and new game announcements for the Quest platform.

This year’s showcase, hosted by Ruth Bram, Executive Producer at Oculus Studios, will begin at 10am PST / 1pm EST. According to Meta, fans can expect the showcase to feature exciting new announcements, gameplay first-looks, and updates on game titles that are set to be released sometime next year on the Quest platform. Meta also says there will be “a whole lot of surprises.”

While there are no teasers or specific details given on what games we can expect from the show, last year’s Oculus showcase featured updates to popular titles such as Resident Evil 4 VR, The Walking Dead: Saints & Sinners, Star Wars: Tales From the Galaxy’s Edge, The Climb 2, I Expect You To Die 2, Pistol Whip, and Lone Echo II.

[Update 4/20/2022]: Watch the Facebook live stream of the Meta Quest Gaming Showcase below.

You’re not going to want to miss all the latest gaming updates for the Quest platform at year’s showcase. So, be sure to tune in on April 20th at 10am PST / 1pm EST via Facebook, YouTube, Twitch, and Oculus TV.