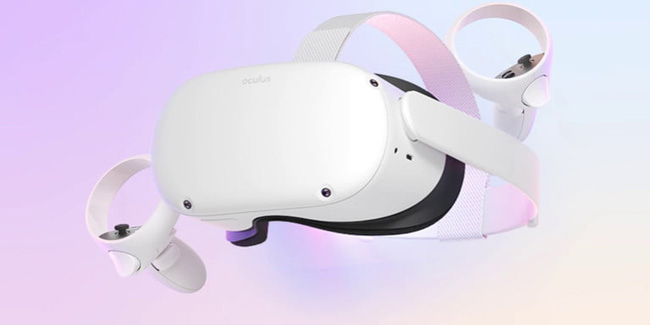 A series of images of what apparently appears to be Oculus’ next-iteration of the Oculus Quest, has recently leaked across the internet, offering a sneak peek at the overall look and design of the upcoming Oculus Quest 2 headset when it finally hits shelves.

The first images were posted by Twitter user WalkingCat, who is known to have shared credible leaks in the past. The photo shows a revamped Oculus Quest headset that features an all-new white and black color scheme, along with a mysterious caption that reads “15 Sept,” which could indicate when the company may plan to possibly make an official announcement or launch the new Quest 2. That would line up with past Oculus Connect conferences, which is held each year typically around the same time in September. You can see images of the alleged leaked photos below:

While WalkingCat’s images look like marketing renders for the headset, several other photos have since leaked out on Reddit showing what the Quest’s successor may look like in real life, which certainly adds to the credibility.

The initial batch of leaked images suggests that the upcoming successor of the Quest will include dual microphones, integrated spatial audio, fresnel lenses, and what appears to be a fabric interior surrounding the optics, along with a larger light-blocking nose piece. While it is hard to tell based on the images alone, Quest 2 will also potentially be slimmer and lighter than its predecessor. Interestingly, aside from the new two-tone design outer shell, is the lack of an interpupillary distance (IPD) slider at the bottom of the headset, which is to help adjust the spacing between the headset lenses for ideal alignment with the user’s eyes. Perhaps, the new Quest will offer a new IPD system to allow users to easily adjust the headset lenses to various eye distances, which is essential for visual comfort and clarity.

It’s unclear whether the images we are seeing are indeed a next-generation version of the Quest, or maybe just a slight refresh. However, given the fact that Oculus recently discontinued the sales of its Go headset, it feels like the right time for the company to usher in something new soon. We’ll be sure to bring you more details, as it develops.