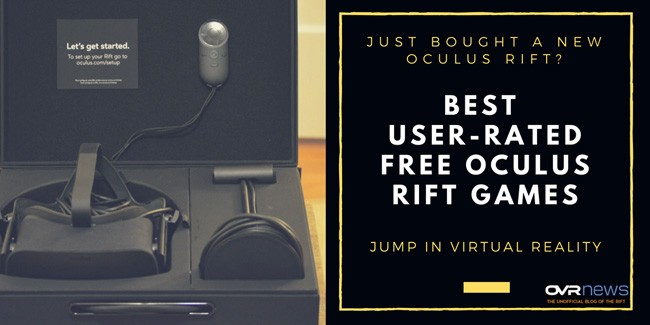 My Oculus Rift has been with me for some time. I remember one of the main questions I was wondering while I was opening up the package, was what am I going to play?

Since you probably just spent $400 and maybe some more on a computer you probably want to save your dollars. This article is for all the brand new Oculus Rift users that can’t wait to jump in virtual reality!

Thank you for taking the time out of your day to read this mashup list of the best free Oculus Rift games that I recommend you check out today! If you feel like an awesome game is missing please comment the name below.

Surprisingly a pleasant experience. Not like other horror VR games that are just filled with jump scares. The developers didn’t resort to cheap tricks. This is a puzzle escape room game unlike no other.

Step into a world full of gunslingers and ghosts in Dead and Buried. Grab your Touch controllers and become the best gunslinger in the wild west in this multiplayer action shooter. Battle it out in the old saloon. Rob a runaway train. Team up with other bandits and defend against hordes of ghastly creatures. Finally, you can live out your wild west fantasies thanks to virtual reality.

Quanero is an experimental experience for VR headsets. Your goal is to figure out what caused a violent incident in a futuristic bar by manipulating the time. You can slow down time, reverse it or bring it to a halt. Explore the scene, unlock the story’s branch points and unravel the mystery. There’s also an explosion.

This project was created by students from the University of Applied Sciences Salzburg’s MultiMediaArt and MultiMediaTechnology degree program. The University of Applied Sciences Salzburg greatly provided a motion capture system and designated rooms to allow us to work on professional level. The production took about 20 weeks of hard and intense work.

Staying true to form, Epic puts you in the middle of the action: Use motion controls in the role of an agent undergoing an infiltration simulation set inside a modern train station. Master the art of teleportation, time manipulation, and close-quarters combat to blast through resistance forces.

Thanks to Unreal Engine technology and the Oculus Touch motion controllers, you can physically interact with an array of weapons, from guns to grenades to missiles, and even feel them through haptic feedback. Get Unreal Engine 4 for free at unrealengine.com.

5. Waltz of the Wizard

Want to feel what it’s like to have magical powers?

Combine arcane ingredients into a boiling cauldron with the help of an ancient spirit trapped in a human skull. Unleash creative or destructive wizardry upon a fully interactive virtual world. Travel to new places, finding yourself in mysterious circumstances full of detail and unforgettable atmosphere.

Telepath is a new approach to VR locomotion that combines elements of teleporting and linear movement. Our design goals were not to make conventional locomotion work in VR, but to devise an intuitive system that better emulates the experience of how we accomplish locomotion in reality and better preserves our freedom to move physically.

Download Waltz of the Wizard on the Oculus Store.

In Echo Arena, the new VR sport of the future from Ready at Dawn and Oculus Studios, you’ll join a team of up to two other players and face off against the competition in a zero-gravity clash of robotic glory as you glide, boost, and punch your way to scoring goals in a breathtaking virtual arena.

You used to push lead with a pencil, but now you’re pushing it with a gun. A recent barrage of defective, homicidal robots has created openings in RoboReady’s perpetually underfunded and suddenly swamped Recall Department.

Thrown into the fray as a Recaller, you must rely on your wits, reflexes and a vast arsenal of weaponry to eliminate the robot uprising.

Robo Recall is an action-packed VR first-person shooter with visceral Touch gameplay and an in-depth scoring system. Earn the high score by using creative combat tactics and skill shots as you teleport through city streets and rooftops in an awe-inspiring ballet of bullets.

Tear apart your interactive robot foes and use them to fend off the enemy onslaught. Unlock, customize and test weapons before taking on advanced challenges that put your newfound skills to the test!

Rec Room, the virtual reality social club where you play active games with friends from all around the world. Customize your appearance, then party up to play multiplayer games like Paintball, 3D Charades, Disc Golf, and even four-player co-op adventures!

Set in a pocket universe of Aperture Science, The Lab offers a wide range of ways to enjoy VR, all in one application. This collection of fun mini-games and short experiences was originally used as a way of highlight HTC Vive’s room-scale capabilities, but now also offers support for the Oculus Rift and its Touch motion controllers.

This article is a guest post contributed by Mark Metry, the founder of VU Dream, a virtual reality accelerator to help with the distribution, education, and collaboration of VR content. Mark is also the Host of Humans 2.0 Podcast. You can follow him on Twitter, Facebook or LinkedIn.