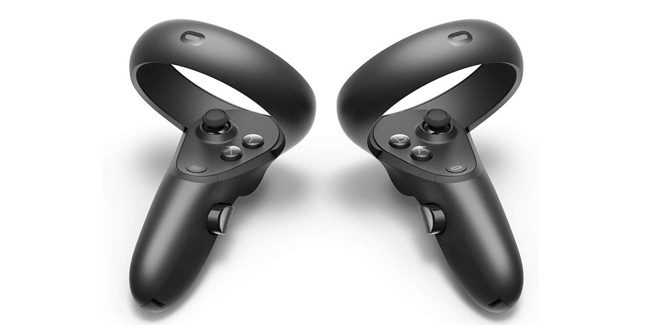 If you’re one of the early buyers of the upcoming Oculus Quest or Rift S, you may find an unintended Easter Egg message hidden inside the Touch motion controllers that come bundled with the new headsets.

Nate Mitchell, Oculus co-founder and head of VR product at Facebook, revealed via Twitter that the hidden messages were meant only for internal prototypes, but somehow managed to accidentally make its way onto the internal hardware for “tens of thousands” of Touch motion controllers that will soon be shipped to consumers.

These so-called Easter eggs are printed only on components inside of the Touch controllers, so users will not be able to see them unless they decide to crack open the hardware. The phrases you might find printed inside include somewhat creepy messages like, “Big Brother is Watching” and “The Masons Were Here”, as well as silly ones like “This Space For Rent” or “Hi iFixit! We See You!”—referring to the popular hardware teardown and repair website.

The messages on final production hardware say “This Space For Rent” & “👁The Masons Were Here.👁” A few dev kits shipped with “👁Big Brother is Watching👁” and “Hi iFixit! We See You!👁” but those were limited to non-consumer units. [2/3] pic.twitter.com/po1qyQ10Um

Mitchell goes on to apologize for the hidden messages that slip past the prototype phase and into production, calling them “inappropriate” and also noting that internal processes at the company have changed prevent this issue from happening again. While the affected Touch controllers have not yet shipped, the company says it has no plans to recall the hardware before they go out to consumers alongside the upcoming Rift S and Oculus Quest headsets.

Facebook is Working on an AI Voice Assistant for Oculus Headsets