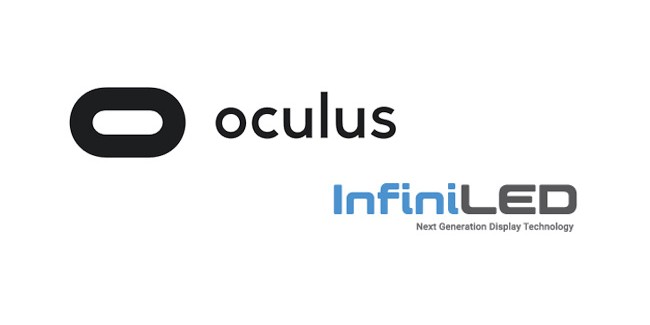 Oculus has acquired InfiniLED, an Irish startup that specializes in manufacturing low-power LED displays, according to local media outlets on Friday. While the financial terms of the deal were not publicly disclosed, Oculus has confirmed in reports that the InfiniLED team now joined Oculus Research in the Cork-based office.

According to InfiniLED’s site, the displays are “optimized for wearable and portable devices” and are up to 20-40X more energy efficient than normal OLED and LCD Displays. The low-powered ILED Displays utilize millions of microLEDs, each roughly one-tenth the width of a human hair, assembled on InfiniLED’s proprietary assembly technology and is designed to control the direction and extraction of light, in order to produce the most energy-efficient and high brightness display.

“It is exciting to see that Oculus, a vibrant and leading-edge company, appreciates both the technology and the strength of the ecosystem that the InfiniLED team sits in,” stated Tyndall CEO Dr. Kieran Drain regarding the acquisition.

The acquisition of a next-generation low-powered LED display startup company, InfiniLED, looks like another strategic leap forward by Oculus not only towards increasing the efficiency and superiority of its displays for the Oculus Rift headset, but also to bring down future costs in an effort to expand mass appeal and affordability.