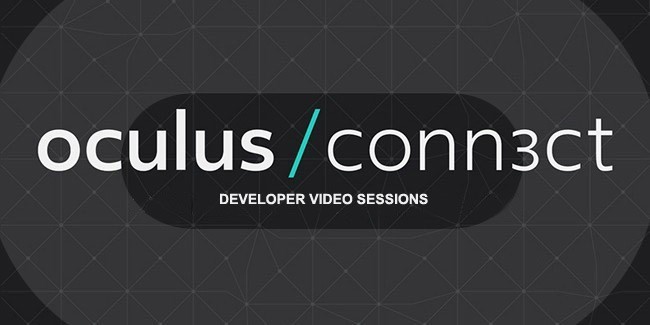 The Oculus Connect 3 developer conference which took place earlier this month was a big success with nearly 3,000 people from around the world attending the three-day event. Attendees were able to experience the latest VR content and collaborate on innovative ideas and techniques that will help push the VR industry forward.

A Look Inside VR Games from a QA Perspective

What happens when you give the audience control, and they drive the pacing of the story? Is this empathy thing for real? Is there a difference between a VR game and a VR film? Let us share how great storytelling is being told in VR and how receptive audiences have been. Could this be the future of how people “go to the movies?” CEO Maureen Fan and Chief Creative Officer Eric Darnell of Baobab Studios will share another toolbox for creatives to tell their stories, tools waiting to be explored.

VR for Good: The Social Impact of Empathy in VR

VR has become a powerful empathy machine. What is it about this new medium that’s so effective at connecting humanity? This panel discusses how we can continue to harness the power of VR for positive social change.

Lightning Tech Talks: Your Guide to the Oculus Social Platform

Fun, interactive social experiences foster greater consumer engagement in VR. This talk is a series of technical deep dives on how to best use Oculus social features, including matchmaking, VoIP, and more.

When it comes to high-quality visuals and performance, developers turn to Unreal to deliver the best VR experiences. Learn about Unreal Engine 4’s latest VR advancements and features, and how Epic can help you maximize your Oculus Rift and Gear VR experiences. Gain insight into the future of VR development with Unreal, and see how developers are empowered like never before with new tools, optimizations, and streamlined development.

Across graphics, audio, video, and physics, the NVIDIA VRWorks suite of technologies helps developers maximize performance and immersion for VR games and applications. This talk will explore the available tools and provide application-level tips and tricks to take full advantage of these features. A focus will be given to the latest VRWorks integrations into Unreal Engine and Unity, both as case studies and as a guide for engine licensees on engine-specific implementation details.

The Making of Dead and Buried: The (Almost) Post Mortem

With the launch of Touch right around the corner, the team behind Dead & Buried shares the techniques they used to create this fast-paced, multiplayer, Touch title. The discussion covers the full spectrum of design, avatar IK animation, multiplayer performance optimization, and design tricks for creating memorable social interactions in VR.