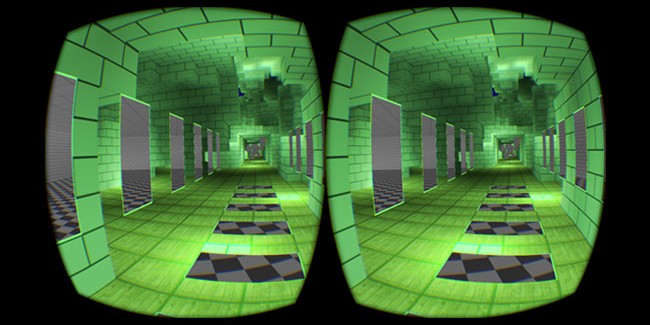 Locomotion in virtual reality is one of the greatest challenges that VR developers still face today. Designing an effective way for players to move in the virtual world without feelings of discomfort or nausea is crucial to creating a compelling immersive experience, which is why Oculus continues to heavily research ways to solve locomotion issues in VR.

According to Oculus’ recent blog post, the company has updated its SDK this month with 8 new experimental locomotion methods in an effort to provide developers with valuable insight into techniques that may promote a comfortable experience for a player in VR. Oculus is encouraging developers to explore each locomotion method to find ways to best utilize them, as well as modify and build on existing ideas that could possibly lead to a much better solution when moving through VR environments.

The SDK update follows an in-depth two-part blog series Oculus posted this year in collaboration with the team at Crytek, who has been researching into various locomotion methods and actions that could be applied to VR projects.

“When it comes to VR, there is a benefit in actually experiencing the subject matter,” Oculus explains in the blog post. “To that end, our research is presented to developers as a functional VR app, so devs may quickly and easily gain insight into the techniques, and ascertain what they might use in their products. Once experienced, the developer may also wish to immediately modify or augment what they see – again an efficient way of exploring the solution space of comfortable locomotion more deeply.”

Below is the full list of new experimental locomotion methods included in the Oculus SDK for Windows:

Oculus has provided the source code for a sample application for each of the 8 locomotion methods for developers to experiment with for themselves, and is promising more research into VR locomotion in the near future.