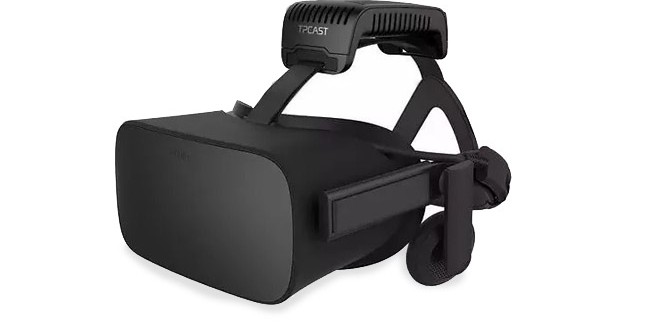 TPCast, the company behind the first wireless VR solution for the HTC Vive, announced last week that it is working on a wireless adapter that supports the Oculus Rift headset, allowing Rift users to experience VR completely untethered from a PC.

According to TPCast, the wireless adapter can deliver a 2K video transmission at 90fps with less than 2 milliseconds of latency. The adapter is also equipped with an external battery pack that powers both the headset and the wireless module, which the company claims can deliver up to 5 hours of use on a single charge.

“TPCast is committed to support the Oculus Rift HMD with our unique wireless technology solutions, and provide VR users a high-quality, immersive VR encounter,” stated Michael Liu, TPCast CEO. “With the TPCast wireless adapter, we will be changing the VR usage and experience by providing the complete freedom of movement with no cables.”

TPCast says that its wireless adapter for the Oculus Rift headset is slated for release by the end of Q4 2017.

It’s clear that the next big step in PC VR aims to eliminate the need and hassle of being tethered to a PC by a thick, lengthy cable. During Oculus Connect 4, Oculus revealed plans of its own to bring wireless VR to the masses, starting with Oculus Go, a $199 standalone headset that is similar to the Gear VR, but doesn’t require a smartphone.

In addition to the upcoming Go headset, Oculus also showed off its latest Santa Cruz prototype, which is a more advanced standalone headset that is meant to feel like the high-end Rift, but will not require using a high-powered PC or any cables in order to operate.