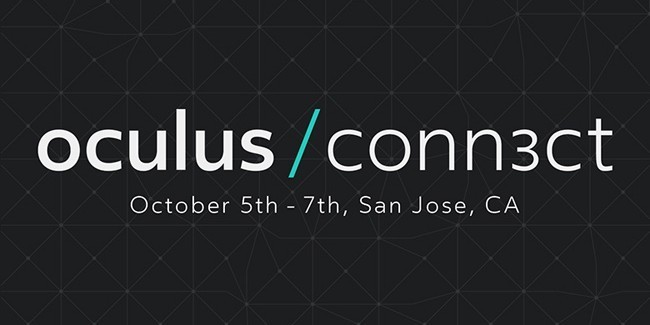 Oculus VR has announced its full line-up of speakers and presentations scheduled for its third annual developer’s conference, Oculus Connect 3, which is scheduled to run from October 5th-7th 2016, at the San Jose McEnery Convention Center in San Jose, CA.

Throughout the three-day conference event, attendees will have access to more than 50+ technical talks and workshops from leading VR developers and industry veterans discussing a wide range of topics focusing on VR game development, social VR interaction, cinematic VR storytelling experiences, including sessions involving the latest on the long-anticipated Oculus Touch which is expected to launch to consumers by the end of the year.

Below are just a few of the sessions scheduled for this year’s Oculus Connect 3 event:

Oculus Connect 3 Will Be Live-Streaming on Twitch and NextVR