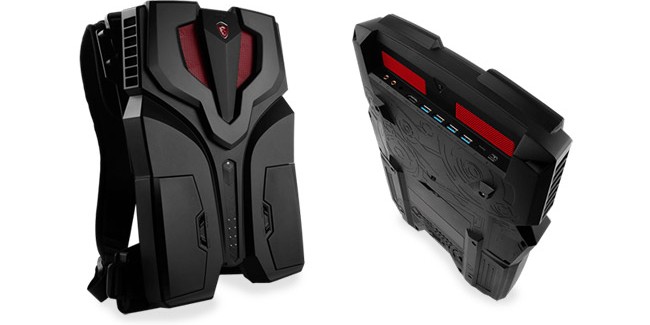 Earlier this month, during the Tokyo Game Show gaming convention, MSI unveiled its VR One backpack that is specifically optimized for the HTC Vive headset. However, new reports seem to suggest Oculus is now in talks with MSI to develop a similar PC-based backpack for the Rift, as well.

According to Digitaltrends, sources in the industry believe this collaboration between MSI and Oculus will help allow the latter company to expand its platform into the gaming notebook sector. Sources suggest a move like this could significantly help Oculus increase its presence in the market and could put additional pressure on HTC.

MSI’s VR One comes equipped with a high-end Intel Core i7 processor, four USB 3.0 ports, one HDMI port, one Mini DisplayPort, one USB Type-C supporting Thunderbolt 3, a microphone jack, and a headphone jack. The backpack is said to offer up to 90 minutes of gameplay experience and weighs in at just less than eight pounds with two swappable onboard batteries installed.

The MSI VR One PC-based backpack is set to arrive in stores in October. While nothing is officially confirmed by Oculus, there is a good possibility that we will eventually see MSI and Oculus strike a deal that will bundle MSI’s VR One with a Rift headset. Stay tuned for more details, as it develops.