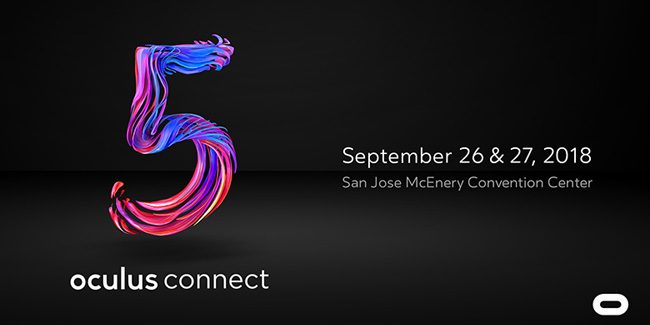 The fifth annual Oculus Connect developer conference, OC5, is set to take place September 26th-27th in San Jose, California at the McEnery Convention Center. For those planning to attend OC5, Oculus has announced that registration for its big event is now officially open.

This year, Oculus’ annual developer conference is shaping up to be the biggest Oculus Connect to date, where the industry’s top developers, engineers, and creators from around the world will gather to explore new ideas, learn about cutting-edge technological advancements, and inspire others to help shape the future of virtual reality.

Below is an initial look at the first 18 talks that are scheduled to take place during the two-day event covering a wide range of in-depth subjects such as design, distribution, and the technical side of VR development—including porting content to the upcoming ‘Santa Cruz’ standalone headset and the latest advances in the Oculus Rift PC SDK.