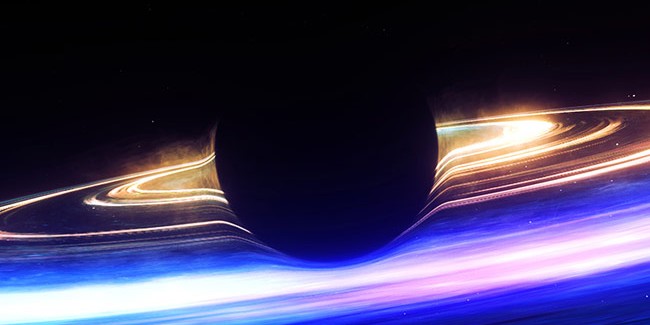 The Oculus-funded virtual reality series, SPHERES, which premiered at the Sundance Film Festival last week was acquired by VR financing and distribution venture CityLights in a massive seven-figure deal.

This historic deal represents a major milestone for the virtual reality industry, as it has become the first time ever that a seven-figure agreement for rights to a VR film project has been made at the festival event.

Written and directed by Eliza McNitt, SPHERES is a three-part VR series that takes viewers on an interactive and immersive experience through the cosmic depths of the universe. The first episode of the series, Songs of Spacetime, which screened in Sundance’s New Frontier exhibition is narrated by actress Jessica Chastain and invites viewers on a celestial journey deep into the heart of a black hole to uncover the hidden songs of the cosmos.

“SPHERES explores the songs of the cosmos,” said McNitt. “Most people think Space is silent—it’s not. We’re excited for CityLights to help bring this experience to the world as we pioneer a new path to create and distribute immersive stories.”

The SPHERES series was Executive Produced by Protozoa Pictures’ Darren Aronofsky and Ari Handel and produced by Jess Engel, Arnaud Colinart, and Dylan Golden, as well as features original music from Kyle Dixon and Michael Stein, who were the composers of the critically-acclaimed Netflix show ‘Stranger Things’.

“We’re incredibly excited to work with Eliza and the entire team on SPHERES,” said CityLights co-founder Joel Newton. “The ambition and generative nature of the vision for SPHERES perfectly fits with our mission to bring content to broader audiences and showcase the types of experiences only VR can deliver.”

SPHERES is slated to arrive first on the Oculus Rift in the coming months, with plans by CityLights to expand the release of the series to other VR platforms later on in the future.