Oculus, Intel and ESL Team Up to Bring Virtual Reality to eSports 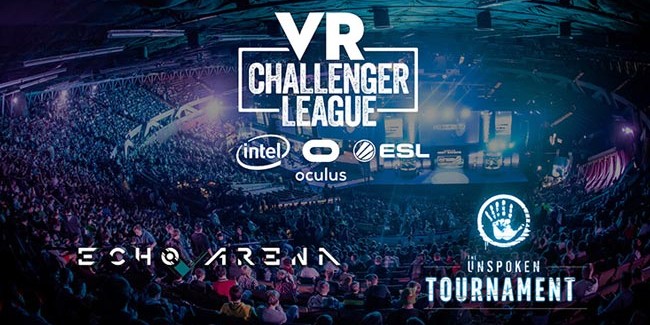 At E3 2017, Intel announced a partnership with Oculus and the ESL to launch the VR Challenger League, an eSports competition dedicated to competitive virtual reality gaming—featuring Oculus Rift titles Insomniac’s The Unspoken and Ready At Dawn Studios’ Echo Arena.

The competition will feature a prize pool of over $200,000 and will have players from around the world compete in online matches and at key regional events beginning July 12th, culminating with the grand finals taking place at the Intel Extreme Masters gaming event in Poland next year.

In a statement announcing its partnership with Oculus and ESL, Intel explained:

“As the popularity of eSports continues to rise, the experience should too. Gamers and fans want more immersive experiences. This is why we are working to bring more VR to eSports in every possible way. Not only do we want to put fans inside the action with a truly immersive VR spectator experience, we’re also working with partners to make VR eSports a reality. A big part of this is creating game titles that are worthy of the pros and fans, and growing the VR eSports player base to create the pros of the future.”

To kick off the competition series, players will test their sorcery skills and do battle in The Unspoken. The game is focused on 1v1 magical dueling and has the player make use of the Oculus Touch motion controllers to cast spells and special attacks to eliminate the opponent.

The second title of the VR Challenger League is Echo Arena, the fast-paced competitive multiplayer mode for the upcoming Oculus Rift exclusive Lone Echo set in outer space. In it, two teams of five players attempt to score on each other’s goals with a flying disc, all while maneuvering in a futuristic zero-gravity arena and trying to block the opposing team. Intel is also sponsoring a free download of the game when it releases on July 20th for all Oculus Rift owners, for a limited period of time.

If you’re interested in joining the competition or want to learn more about the VR Challenger League, head over to the official website for further information.