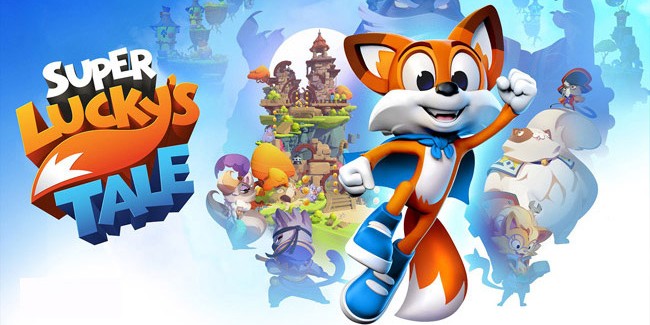 In a surprise move, Lucky’s Tale, the delightful platforming adventure game that was designed exclusively for the Oculus Rift, is heading to Microsoft’s new Xbox One X in a brand-new sequel titled Super Lucky’s Tale, as revealed on-stage at Microsoft’s E3 2017 press conference.

Lucky’s Tale, developed by the folks at Playful Corp, was first introduced as an Oculus Rift launch title back in March 2016. The game offered a next-generation VR gaming experience, while still delivering a classic style of old-school gameplay reminiscent of 3D platformers like Super Mario 64 and Banjo-Kazooie. For the second installment of the Lucky’s Tale franchise, the team at Playful decided to take a step out of virtual reality to bring its loveable hero, Lucky, and his vibrant world to a wider audience on home game consoles. Super Lucky’s Tale will also be released for Windows 10 PC as an Xbox Play Anywhere title.

The official game description reads: “Super Lucky’s Tale is a delightful, playground platformer for all ages that follows Lucky, the ever-optimistic, energetic, and lovable hero, on his quest to find his inner strength and help his beloved sister rescue the Book of Ages from Jinx. Jinx is the scheming and mysterious villain trying to reshape the world, but for what reason?”

While there was a lot of speculation leading up to Microsoft’s E3 2017 briefing on whether or not it would discuss VR support for its new high-powered Xbox One X gaming console, the company surprisingly did not mention it at all during the event. It seems, at least for now, that Microsoft is focusing on Windows PC as its primary platform for ‘mixed reality’ experiences, which covers everything from VR to AR.

Although Microsoft stayed quiet regarding any future plans to bring VR to the Xbox One X, it seems the company will eventually do so, when the time is right. The Xbox One X is no doubt a powerful system built more than capable of running a VR headset to deliver immersive VR experiences. Until then, don’t expect to connect your Oculus Rift to an Xbox One X anytime soon.

Super Lucky’s Tale is coming to Xbox One as a console exclusive on November 7th, and Windows 10. So far, no details have been mentioned regarding VR plans for the game just yet.

Oculus, Intel and ESL Team Up to Bring Virtual Reality to eSports