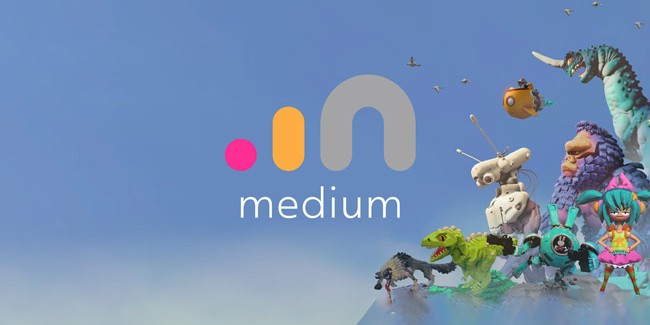 Oculus Medium lets you create sculpts, models, and other various kinds of immersive artwork in virtual reality with the Oculus Rift and Touch motion controllers. Now, a new major update for the app has been released that introduces many new features and improvements.

The 1.2.2 patch update of Medium, now available, brings not only the usual bug fixes but also a host of new features and functionality that aim to make it easier and more efficient to create virtual art in a VR environment. For example, users can now import OBJ and FBX files and convert reference meshes into sculptable clay using the new ‘Copy to Clay’ option. There is also the ability to playback videos within Medium, which is a feature that will definitely come in handy for those that want to watch video tutorials while following along and sculpting their own masterpieces in VR.

In addition, users will be able to decrease the resolution of layers via the layer menu and reference meshes now support textures—including various bug fixes and improvements such as integrating the latest Oculus audio SDK for improved spacial audio. According to the release notes, the Medium 1.2.2 update includes the following: