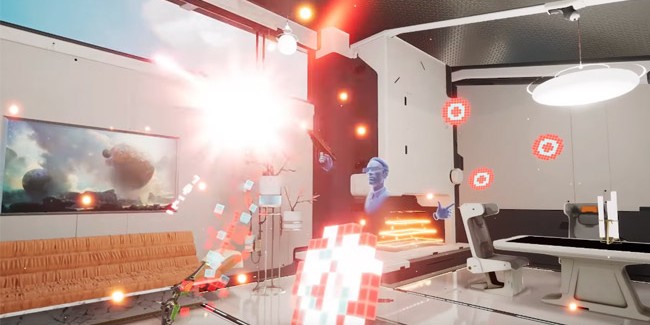 The new Oculus Home, currently in beta, is one of the key components of the Rift Core 2.0 update. Oculus has rebuilt ‘Home’ from the ground up, allowing users to customize their own virtual space with furniture, decorations, and unique interactive objects. Now, it looks like users will soon be able to personalize their style of music, as well.

According to a recent entry on the official Oculus blog, the team has plans to let users change the background music in Oculus Home to make it feel more like their own personal, immersive space. There will be over 50 minutes of original audio composed by Michael Bross, a veteran composer in the video game industry, known for his work on popular franchises such as Ratchet & Clank and Oddworld, including the Rift-exclusive title Edge of Nowhere.

The upcoming music system for Oculus Home will offer a wide range of genres to choose from like electronic, orchestral, ambient, downtempo, and atmospheric rock. Here is a sample of one of the Oculus Home tracks below:

“We wanted to create something special for the new Rift Core, so I spent a lot of time crafting music that would be a fitting undercurrent for the experience,” Bross explains in the post.

Rift Core 2.0, featuring the new Home and Dash interface is still ongoing beta testing, so no word yet on when the full release will be available but so far the system is certainly looking promising at this stage of the development process.