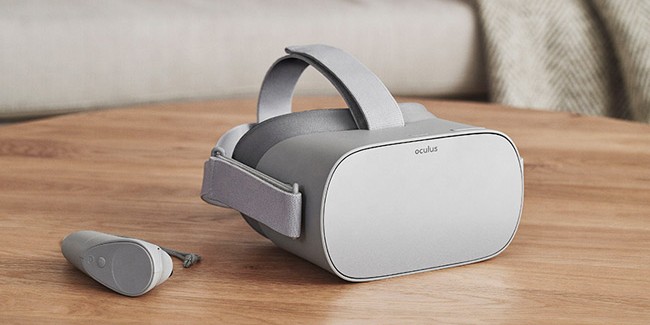 Oculus’ much-anticipated new standalone virtual reality headset, Oculus Go, is expected to launch, as promised, sometime early this year. While there is no official release date, a recently reported FCC listing has revealed some interesting details that we can soon expect to see on store shelves.

When the Oculus Go was first announced at the Oculus Connect 4 developer conference back in October, the company said that it will ship at a price of just $199. The ‘all-in-one’ VR headset will feature a lightweight fabric design, a 2560×1440 high-resolution LCD display with “next-gen” lenses, integrated spatial audio support, (3DOF) tracking, and a dedicated motion controller. Now, according to the FCC listing, it appears that there will be two models available of Oculus Go, which seem to have identical specs, but with a key difference in the amount of memory storage. The MH-A32 model comes with 32GB of memory, while the MH-A64, offers double the capacity up to 64GB.

There has been some speculation on if Oculus Go will also support microSD cards, but that option seems unlikely at this point, considering that there has been no official word yet on expandable memory. With a $199 price tag, it’s safe to assume that this will be for the 32GB version of Oculus Go, while the 64GB model will be priced slightly higher.

Oculus Go is designed to “bridge the gap” between high-end PC VR headsets like the Oculus Rift and mobile phone-powered headsets like Samsung’s Gear VR. Oculus’ first standalone VR headset is aimed to be the most accessible and easiest way to experience virtual reality.