Oculus Quest and Go 'Enterprise Editions' Expected to Launch in 2019 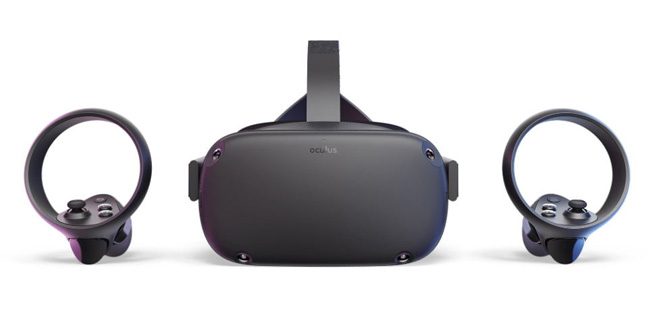 Oculus-parent company Facebook appears to be looking to launch an enterprise edition of its Oculus Go and upcoming Oculus Quest standalone virtual reality headset sometime later this year, as first reported by Variety.

According to the report, Facebook recently published a new job listing for a software engineer position on Oculus’ AR/VR Enterprise team with some details explaining that the company plans to launch enterprise versions of both its Go and Quest headset in 2019.

“Starting with VR, we are building an Oculus Go and Oculus Quest Enterprise edition expected to launch in 2019,” the description says. “This effort encompasses everything from hardware integrations, software platforms, enterprise-developer ecosystems and SDKs, SLAs, and more.”

The company has already been offering its Oculus headsets to appeal to businesses as part of the Oculus for Business program which began in 2017, offering specific bundles for Oculus Rift and Oculus Go with perks such as dedicated service, extended warranties, and licensing terms. But a dedicated enterprise version of its hardware seems to be going a step further than the company’s existing program. The duties listed in the job description suggest an expansion of enterprise services coming from Oculus, with the job applicant’s responsibilities including:

While there is no official timing on when an enterprise version of the headsets will be available, it’s likely we will hear more details about Facebook’s plans once the Oculus Quest is finally released to consumers this spring 2019.