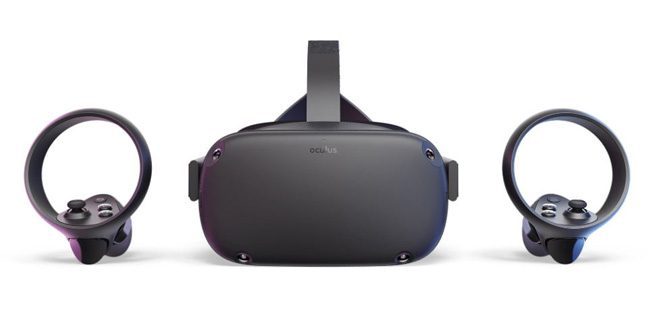 Oculus’ new standalone virtual reality headset, the Oculus Quest, appears to be a big hit among consumers after initial reports indicate that the Quest headset has sold out across a number of U.S. retailers just one week after its launch to the masses.

According to a report by Variety, the Quest which launched on May 21st for $399 and is an ‘all-in-one’ headset that aims to deliver a similar VR experience as the Oculus Rift without the need to be tethered to a PC or any external tracking sensors, has been selling out at major retail stores like Amazon, Walmart, and Newegg, suggesting that consumers are excited for Oculus’ new standalone.

While it’s still too early to tell whether the demand for the Oculus Quest standalone headset will overall result in significant sales numbers for the company, considering that it is not clear how many units were shipped out to retailers, it is, however, an early positive sign for the VR market. Oculus’ parent-company Facebook seems to be very pleased with the consumer interest around Oculus Quest, and says they are working to ensure that all retailers are fully stocked with Quest headsets to meet the demands of consumers as soon as possible.

“We’re so glad to see the excitement and interest in Oculus Quest. While some of our retail partners are temporarily out of stock online, we’re working to restore availability in all channels as soon as possible,” the company stated.

For those looking to buy an Oculus Quest, you can still find them available at various other retailer stores around the world, as well as can be purchased directly from the company’s official website at Oculus.com.