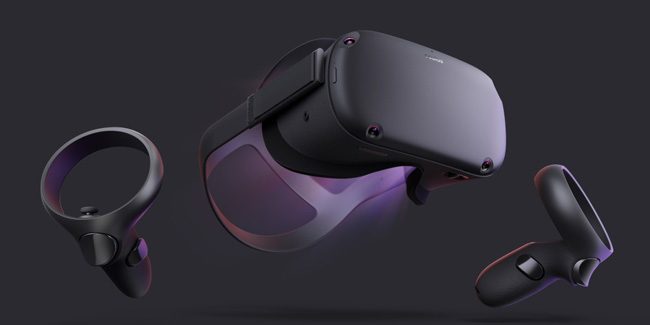 It appears like Oculus’ highly anticipated launch of the Oculus Quest standalone headset is on track for its Spring 2019 release. A new FCC filing for a VR headset, which closely resembles the Oculus Quest design was published on Friday.

While the Oculus Quest is not specifically mentioned in the FCC filing and not a lot of detail was revealed, the limited images included do appear to show a diagram of the Oculus Quest with the model number “MH-B”, which is similar to the company’s lower-tiered standalone headset, Oculus Go (MH-A), which is currently on sale.

The filing also indicates the inclusion of 2.4GHz & 5GHz WiFi, as well as Bluetooth support, which of course, means that the Oculus Quest will not require a wired connection to a PC to effectively run VR games and experiences.

Typically, FCC filings such as this begin to surface shortly before a company ships a new product to consumers, so it’s likely that the Oculus Quest is on the horizon. An Oculus spokesperson confirmed that the filing was indeed made for Quest and that the company was still on track to release the standalone headset in the spring of 2019.