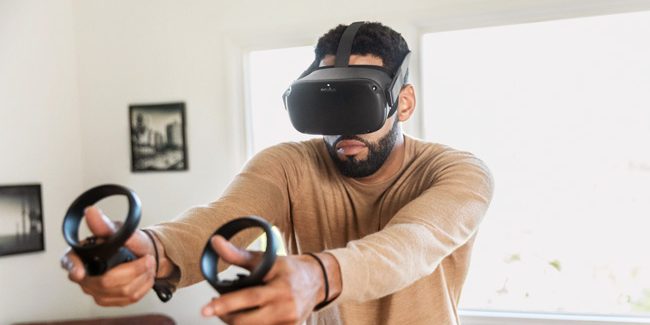 On a quarterly earnings call last week, Facebook revealed that the company made $297 million in non-advertising incoming throughout the first quarter of 2020, which was driven largely by sales of Oculus VR hardware and software.

According to Facebook CFO David Wehner, the company’s non-advertising revenue grew by 80 percent year-over-year, suggesting that the VR industry continues its upward trend. Wehner pointed out that the increase was “driven primarily by the sales of Oculus products.” Facebook has continued to invest heavily in R&D, which has also increased by 40%, which that increase was “driven primarily by investments in core product as well as our innovation efforts, particularly in AR/VR,” Wehner noted.

On the company’s Q1 2020 investor call, Facebook CEO Mark Zuckerberg responded to a question regarding the performance of the company’s gaming platform including Oculus products, particularly the impact caused by the global coronavirus pandemic that has not only affected manufacturing and supply chains but also may have helped to contribute to the overall boost in VR usage due to the shelter-in-place orders that have kept so many people at home.

“On the virtual reality side, this has always been a long-term vision. Quest has surpassed our expectations. I wish we could make more of them faster during this period,” said Zuckerberg.

“I do think that [the pandemic] it’s one of those areas whereas people can’t go out and into the world as much, the ability to have technology that allows us to feel present even when we can’t be physically together, whether that’s quest or portal or any of the software that we’re building around video presence, that stuff has certainly seen especially large spikes in usage. And it’s possible that [the pandemic] accelerates some of the trends around virtual or augmented reality, but I’m not sure what will happen there long term. But in the near-term, I’m quite pleased with how Quest is doing and I wish we could make more of them.”

It remains to be seen if Oculus will keep up with high consumer demand for its standalone headset, however as early reports suggest, global stock availability for the Oculus Quest and Rift S are making headway.